Good data analysis allows organisations to discover useful information about its customers, but is also helping the Civil Service make more informed choices about how it delivers government priorities. Vicky Ranson explains how increasingly hi-tech data analysis in HM Revenue and Customs is helping the department collect record amounts of tax revenue, and shaping the way the organisation will work in the future. 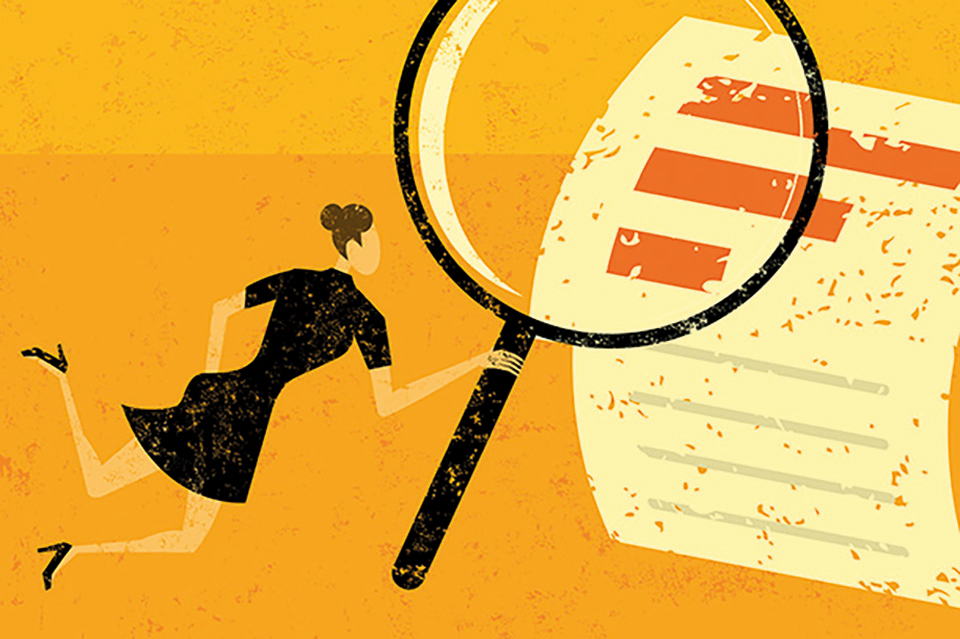 Data. It’s all around us, and is generated by virtually everything we do. From using an Oyster card on the way to work to using a debit card in the local supermarket, data provides a unique insight into how we go about our daily lives.

Clever technology – and clever people using the technology – means the insight gained from the wealth of data individuals and businesses generate on a daily basis is being used by HMRC to ensure they are paying what they legitimately owe in taxes. For the minority who try and bend or break the tax rules, or for organised criminals intent on harming the UK, cutting-edge data analysis is providing a detailed picture of their activities that is rapidly becoming invaluable to those charged with stopping them.

For the first time, HMRC can now access all credit and debit card payments made to UK businesses via Merchant Acquirers – the companies that process card payment transactions – to find out the number and value of transactions completed by a specific trader. The amount of information that arrived at HMRC in January 2014 was breathtaking. In just a single month there were more than 800 million individual transactions, representing about £40 billion in credit and debit card spending – a goldmine for HMRC’s army of data analysts.

No personal data identifying the card owners or their numbers is obtained by HMRC. Instead, the information is used to compare the amount of card sales a business makes each month with the taxes it pays – and action is taken if there appears to be inconsistencies.

That action is taken by HMRC’s Risk and Intelligence Service, whose job is to match and analyse the huge volumes of new and complex card data. Its enforcement activity, guided by this data analysis, has been ‘game-changing’ according to one of its senior officials – especially in the fight against what’s known as the Hidden Economy – which refers to income, or multiple incomes not declared for tax purposes.

Some of the activities good data analysis by HMRC has uncovered have been more colourful than others. One such example was a private London residence that had significant card transactions and monetary sums associated with it. The property was worth millions of pounds and owned outright by someone with no tax history and a state pension as their only source of visible income. A routine internet search found an escort agency advertising at the address and after an HMRC investigation the owner admitted trading there for at least six years, with takings of more than £100,000 a year. The owner is now working with HMRC’s Hidden Economy team to settle their tax liabilities.

Clever technology – and clever people using the technology – means the insight gained from the wealth of data individuals and businesses generate on a daily basis is being used by HMRC to ensure they are paying what they legitimately owe in taxes.

In another case a large restaurant was found to have declared sales that didn’t tally with its expected cash, credit and debit card transactions – pointing towards large scale evasion. After an enquiry led by one of HMRC’s local fraud enquiry teams this case is heading towards a tax settlement in excess of £4 million.

John Groves, who works in the Hidden Economy team, explained how better data analysis was helping them identify ‘ghosts’ who completely evade paying tax and ‘moonlighters’ who don’t declare all their income.

He said: “Historically it’s proven difficult for our compliance teams to identify initial dates and levels of trading for ghost businesses. However, by working closely with data analyst colleagues from the outset and explaining what we need to get an 'in', they have been able to help us really understand what the Merchant Acquirers data is telling us and how we can track down 'ghosts' and 'moonlighters'”.

It used to take HMRC analysts weeks of painstaking work to piece together complex jigsaw puzzles of data. Now it can be done with the click of a mouse using a highly sophisticated risk analysis system called Connect. It allows HMRC to identify suspicious individuals, businesses and transactions in literally minutes. Connect works by making it easier to see patterns, links and networks that would be impossible for the human eye to see among the mass of data arriving at HMRC each month. It can find anomalies between such things as bank interest, property income and other lifestyle indicators and tax liabilities. Once it’s identified something suspect, Connect allows HMRC to find more links and networks that look the same. Using sophisticated analytical techniques, HMRC can then build a profile for people and businesses who look like they are failing to pay the right tax.

HMRC has helped in the fight against child sexual exploitation by highlighting to the police suspects employed in positions of trust or with direct access to children.

It also helps compile a register containing details of people belonging to organised criminal groups. Using data at HMRC’s disposal, intelligence officers have carried out a number of operations against some of the biggest threats to UK national security from serious and organised crime. This includes analysing the tax liabilities and hidden wealth of convicted criminals in prison, criminals working within the banking, legal and accountancy professions, as well as identifying opportunities to disrupt some of the UK's most notorious organised crime groups.

Working closely with Home Office colleagues, HMRC compared more than 200,000 foreign student visa details with its own records and discovered 80,000 were breaching their visa conditions by registering for work. This revelation contributed to the withdrawal of 'trusted status' from 54 UK foreign student colleges and the suspension of the ‘migrant entrepreneur’ visa because of widespread abuse.

With cutting-edge data analysis constantly improving HMRC’s compliance work and other activities, it’s no surprise they’ve unveiled a new digital strategy that will bring data into one place alongside powerful new analytical tools.

The strategy centres on using digital ways of working to make it easier for the compliant majority of people and businesses to deal with HMRC, enabling them to focus more resources on the minority who are not. Plans include using new, ‘intelligent data’ to further enhance its analytical systems and expertise, such as prompts for customers to review information where errors have been identified. There’s also the potential for data to be collected and analysed daily, or even hourly, allowing almost instant analysis of the information HMRC receives.

HMRC’s director general of enforcement and compliance is Jennie Granger. She said:

Data-led compliance has proven itself to be invaluable and will be at the very centre of how HMRC operates. In the future, instead of responding after people and businesses get it wrong, will we be able to give businesses their data back when they log on to file and prompt them to get it right.