In 1908 Wilbur Wright, reflected on the difficulty of predicting the future of transport:

“Scarcely ten years ago, all hope of flying had almost been abandoned; even the most convinced had become doubtful, and I confess that, in 1901, I said to my brother Orville that men would not fly for 50 years. Two years later, we ourselves were making flights.”

The advent of commercial aviation transformed the world. But, in its early days, planning for that transformation and its consequences – both those that were foreseeable and those that weren’t – must have been tough.

Transport is on the cusp of a similar transformation right now, with self-driving cars promising radical improvements in the safety, efficiency and accessibility of the way we live, work and travel. However, that change will bring with it a similar array of issues – legal, moral and technical. One key question for government is, how do you set a regulatory framework for a technology that doesn’t yet exist?

That is one of the questions facing my team – the Centre for Connected and Autonomous Vehicles (CCAV) – as part of our work to ensure the UK is at the forefront of the safe development and deployment of self-driving vehicles.

If you live near Greenwich, Coventry, Bristol, Oxford or Milton Keynes, you may already have seen some of the vehicles in government-funded trials, winding their way through traffic, navigating using a sophisticated combination of lasers, cameras and some very clever software developed by UK researchers.

These vehicles are still learning, but in time this technology could trigger as big a change in how we get around as the arrival of the motor car in the early 20th century. Self-driving cars could reduce the number of collisions on our roads, help disadvantaged groups by increasing access to road transport, and improve the experience of travel for users. The technology is right at the centre of the Future of Mobility Grand Challenge in the Government’s Industrial Strategy, as the companies that successfully commercialise their research in this field will unlock significant economic opportunities. 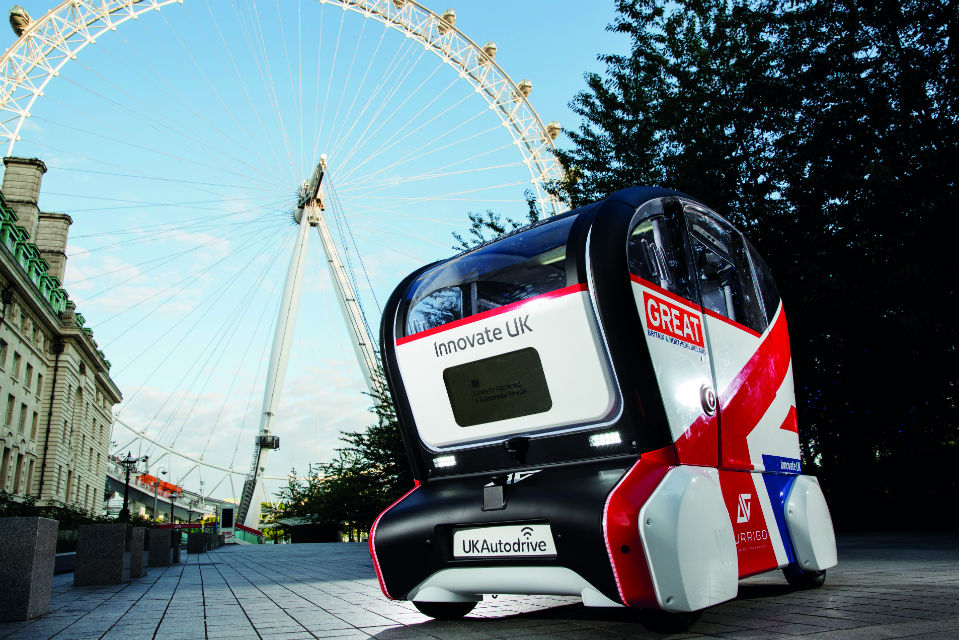 While US companies may get more media attention, British companies and universities are at the cutting edge of this emerging field. Some of the world’s brightest and best in software engineering are working on this technology here in the UK. What’s unusual about the UK programme is the way in which it is successfully bringing together different players to work together to understand what the technology might mean for their future strategy.

Household names from the automotive sector and tech spin-outs from universities are developing new vehicles and new control systems; insurance companies and law firms are thinking about the enabling environment; and city authorities are thinking through what the technology could do to help them serve their citizens. The industrial opportunity could be huge. One estimate values the global market for self-driving vehicles at £907 billion by 2035.

We won’t be able to get there, however, without a regulatory framework to enable the technology to be used safely on UK roads, especially when interacting with other road users. People won’t feel comfortable, either, using self-driving cars or sharing the road if they haven’t been certified as safe; and industry won’t feel comfortable with the massive investments necessary to develop the technology without a clear route to market.

Designing this framework is no small job. It turns out that 'the driver’ is a fairly important concept in law relating to road vehicles! Once you start to think through the areas of law touched by the technology, the scale of the task quickly becomes clear. What reforms might be needed for vehicle safety approvals? For motor insurance? For taxi licensing? For criminal liability? Where to start?

Helpfully, CCAV is a joint unit of two different ministries – the Department for Transport and the Department for Business, Energy & Industrial Strategy. We run the government’s regulatory programme, but we also work with Innovate UK to oversee the £250 million the Government has committed for R&D and test sites to accelerate the safe development of the technology. 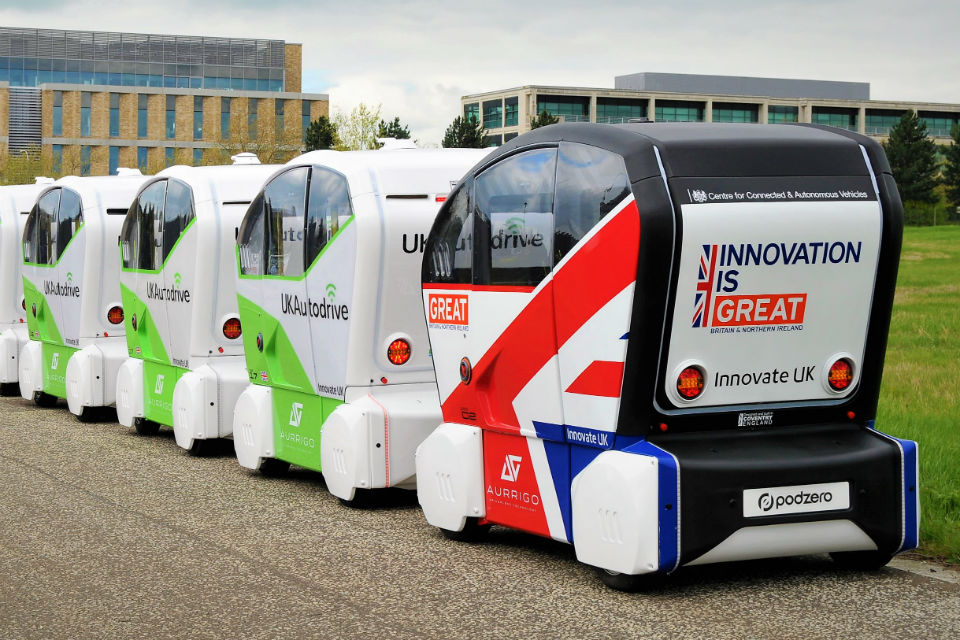 We are one of a growing number of joint units that have sprung up in recent years. You will find similar teams in policy areas where there is a greater than normal case for cross-departmental working.

For us, this means that the people working on regulatory reform have a direct link into the companies working on the technology. This close engagement has helped to both inform the approach we have taken and prioritise safety as the underlying principle through the progression of the technology.

What problems can you solve?

A couple of years ago we picked motor insurance as one of our first areas of focus. In the UK, the driver’s use of the vehicle, rather than the vehicle itself, is insured. In a world of self-driving vehicle technology, this could cause messy legal wrangles if there was a crash while a vehicle was driving in automated mode.

Our R&D programme had given UK industry enough insight to know that setting out a framework to address this would be possible, and that clarity would help both vehicle manufacturers and the insurance industry.

Perhaps surprisingly, the insurance industry asked the government to force them to pay out claims – not necessarily something you would expect them to do!

Their proposal was that when there is a crash involving a self-driving vehicle driving in automated mode, the insurance company that issued this policy should have first instance liability. In other words, where an innocent party experiences harm, the insurance company should be compelled to pay the claim. In return, they suggested, they should have strengthened rights to reclaim the damages from the party that was ultimately responsible, whether that is the manufacturer, or a supplier, or someone else.

This was a neat solution to a tricky problem. Fast forward to July this year, and Parliament passed an Act to set out a new framework for motor insurance for self-driving vehicles. We believe this is a world first.

Over the next few years we will be working with both the English and Welsh, and Scottish Law Commissions to keep pace with the technology and introduce the right rules at the right time. If we get it right, we have every chance of putting the UK safely in the driving seat of this new and exciting technology.

Building on the UK’s regulatory and business environment, the government is investing more than £250 million into R&D and testing infrastructure for self-driving vehicles to allow private sector innovation to flourish.

You can already trial self-driving vehicles on any public road in the UK under a Code of Practice published in 2015. Investment in the industry since then has been designed to ensure the UK has a world-class, coordinated network of testbeds, running from the Midlands down to London, that is easy to access for national and international organisations.

These projects are truly collaborative, with vehicle manufacturers and technology companies working with universities and local authorities and other companies in adjacent sectors such as telecommunications, insurance and design.

Early successes include Machines with Vision. This Edinburgh-based technology company, founded in 2016, secured £122,000 of government funding. Alongside some angel investment, this provided start-up capital to develop a new method for vehicle map positioning. This led to another grant, of £768,000, to work with Jaguar Land Rover and the University of Durham to develop the technology further. The technology has now hit the market, with Deutsche Bahn recently becoming Machines with Vision’s first commercial customer.