One of the most rewarding parts of my job is to read the positive comments from members of the public using our new digital services.

“It’s marvellous, pain-free and less stressful than the paper form.”

“Thank you ever so much for making this process so much less painful than it could have been. I found it very easy as an autistic person to get support from the team when I had questions.”

This feedback to our new online divorce service, rolled out earlier this year, illustrates the core purpose of our ambitious programme to shape our justice system around the needs of those who use it.

In doing so, we are transforming how we work to provide better, more accessible justice for all.

Why is change needed?

HM Courts & Tribunals Service (HMCTS) is responsible for the administration of criminal, civil and family courts and tribunals in England and Wales - and non-devolved tribunals in Scotland and Northern Ireland. We handle about four million cases a year, operate from 345 court and tribunal buildings, and there are more than 16,000 people, most of whom are frontline, operational staff, working for the service. 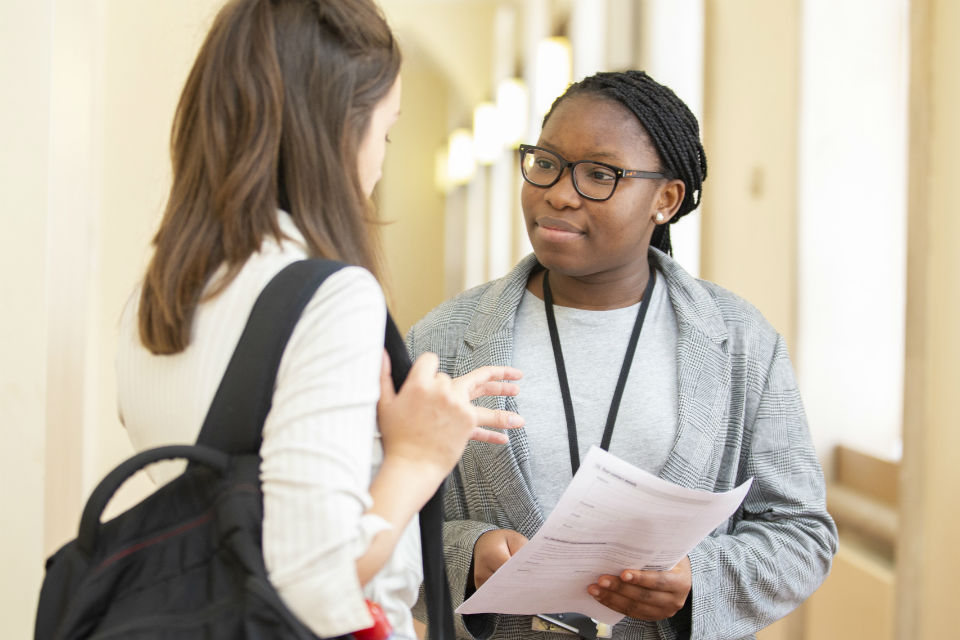 Our people are deeply committed to fair and efficient administration of justice. But the processes they work with are often labour-intensive and heavily reliant on paper (or old legacy systems that need a lot of re-keying), producing error, duplication and inefficiency.

Our courts and tribunals system has also been over-reliant on physical, face-to-face court and tribunal hearings, even for straightforward matters. More importantly, the justice system can sometimes feel complicated, forbidding, and indifferent to the time and trouble of those who use it. At its worst, this can hinder access to justice – a fundamental right for us all.

The reform programme was launched in 2016 with a joint statement from the Lord Chancellor, the Lord Chief Justice and the Senior President of Tribunals. It said:

“The reforms will [combine]… our respected traditions with the enabling power of technology. The vision is to modernise and upgrade our justice system so that it works even better for everyone, from judges and legal professionals, to witnesses, litigants and the vulnerable victims of crime.”

The programme has been designed around three fundamental tenets:

The programme is ambitious. There are more than 50 distinct projects across all jurisdictions (in criminal, civil, family and tribunals), and we are investing more than £1 billion over six years.

We are developing the system incrementally, using agile methods; and proceeding in small blocks allows us to run pilots with real users quickly, refining and improving as necessary, without risking a big failure. We are also building many common components to be re-used across different areas.

And we are delivering new services to those who need to use the justice system.

Our online divorce service (which attracted the positive feedback above) was made available after several months of controlled testing and development. More than 11,000 applications were made in its first four months of operation – more than half of all applications received.

Better design provides a simpler, speedier application process to the public and cuts waste. Almost half of paper-based divorce application forms had to be returned, because they contained simple mistakes caused by a form that was complicated and hard to fill in. The new service has cut that error rate to less than 1%.

Since the end of March, our Civil Money Claims service has enabled the wider public to make, defend, and settle money claims under £10,000 online. More than 20,000 claims were made in its first five months of operation, with user satisfaction rates currently at 88%.

More online services are being introduced to help the public, making it easier to seek probate and to appeal decisions on welfare payments. Meanwhile, in the criminal justice system, 2,000 online pleas are now made weekly via our online Make a Plea tool for minor traffic offences – and this has been extended to fare evasion cases with Transport for London.

This is a large-scale programme of change and the National Audit Office has noted its ambitious scale. We must work hard to maintain our pace and momentum while taking the time to communicate, consult and bring people with us.

Many parts of the programme are uncontroversial – the challenge is one of execution rather than principle. But others raise questions.

We have hundreds of buildings arranged in a patchwork that is a legacy of several predecessor organisations; and many are under-used. We expect to need fewer of them in future, but closing courts will always be controversial, and needs careful thought and consultation.

When it comes to change to the criminal justice system, we are part of a much wider ecosystem (indeed, our digital change here is being taken forward jointly with the police and the Crown Prosecution Service). The criminal system also comes with the highest possible stakes, so change needs to be thoughtful and well-evaluated.

Moving to more digital working also raises concerns about digital exclusion, so we are adding new routes rather than mandating them. New ways of giving evidence and conducting hearings – including video and ‘continuous online hearings’ – cannot come too quickly for some (early tests show that many users prefer them). But they must also be used for the right kinds of case and individual, with the judge always determining the approach that is in the best interests of justice.

The deep and fundamental principle of open justice – that justice must be seen to be done – needs to be preserved and enhanced. However, it needs to be given practical effect differently in a world where some hearings may be online or over video.

And all of this is part of a ‘refit at sea’ – in other words, making changes to a system that also needs to carry on delivering justice effectively every day. One that faces all the usual changes and pressures, including wide fluctuations in workload in many parts of the system.

By January 2019, our early services, all of which are now available to the public, will be operating at scale, and we’ll be well under way with the next set of projects (including, for example, reform of the public family law system).

To underpin this, we will be fundamentally changing the way we work. This will mean bigger structural changes, such as moving increasing numbers of staff to work in new national courts and tribunals service centres.

These centres will administer the system more coherently and provide expert support and guidance to the public, especially those who struggle to use the justice system. This means a lot of change for our own staff, and continuing to work closely with them on reform is essential.

Our internal engagement programme – ‘One Conversation’ – allows our staff to ask questions and think about what reform means to them. We can’t eliminate the anxiety that comes from change, but we can give opportunities to understand and be part of this change.

More widely, we need to continue to put the citizen at the heart of everything we do, user-testing with real people everything we develop. But we also know we need to do more to communicate and invite contributions from others – including lawyers and others who work in the courts and tribunals.

We have, therefore, ramped up our work on this to satisfy an increasing demand for information, engagement and contact. We are using roadshows, webinars, blogs, Twitter, working groups and written material to help stakeholders interact with us, as well as using ‘discovery’ phases of each project to engage people directly in co-creating new services. But there’s always more we could be doing.

So, while we are making good progress, there is still a long way to go to deliver the programme as a whole. The public has responded positively to the new digital services we are introducing. However, real challenges remain, with more to do - for example - to ensure legal professionals and all those working within the system get a meaningful chance to contribute.

It’s hard work. But the prize of building a justice system that is more accessible, more straightforward and more efficient for all is one worth striving for.