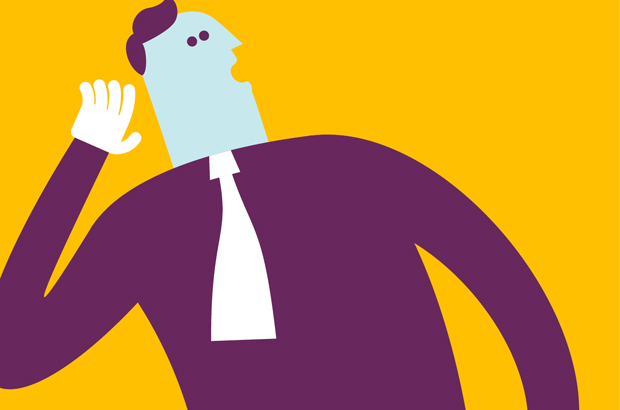 Customers and partners are co-driving innovation and cost reductions at Her Majesty’s Revenue and Customs.

Her Majesty’s Revenue and Customs (HMRC) is seeking to bring end users into the policy making and process design. We believe we can achieve our goals most effectively by taking a more open approach with customers and their representatives – bringing their voice into the heart of designing operational policy and services. Two recent examples, Real Time Information and the Bereavement Service, show how that approach is working.

The Pay As You Earn (PAYE) system is one of HMRC’s biggest processes, touching around 40 million taxpayers and all employers in the UK. It brings in, at low cost, the majority of income tax and National Insurance contributions in the country. However, it has grown out-of-step with the way the world of work operates, making our records less accurate. When the PAYE system was introduced 70 years ago, employment patterns looked very different to today’s labour market. People now change jobs more frequently, and most have more than one job or pension over the course of their professional life.

Real Time Information (RTI) was introduced in April 2013 to bring the PAYE system up-to-date with these changes. Under the old system, employers and pension providers told HMRC what deductions they’d made from an individual’s pay at the end of the year. This was a time consuming process for businesses and inconvenient for employees. As a result HMRC and the Exchequer did not know whether individuals had paid the right amount of tax until the following year. Tax codes could not take into account an individual’s changes in job, expenses or pension over the course of a year.

With RTI, employers and pension providers tell HMRC about tax, National Insurance and other deductions at the same time as they run their payroll, rather than waiting until the year end. More regular reporting adds up to more accurate data, meaning that businesses are able to incorporate PAYE reporting into their day-to-day payroll routines, saving them time and money, while helping HMRC collect the right tax at the right time.

From just ten pilot employers in April 2012 the scheme grew quickly to nearly 60,000 employer and pension provider PAYE schemes by the end of March 2013. Alongside the pilot, a customer user group and a programme of customer research helped test new systems, guidance and communications, ensuring issues were fixed before the main roll-out to nearly two million employers. The pilot phase revealed that many small employers were not operating PAYE in a way that HMRC had designed or envisaged. It also explained why many small businesses were expressing concerns about how they could implement RTI.

During a series of visits to the premises of small businesses and their agents, we saw how businesses were keeping manual records of payments and calculating the tax and National Insurance at a later date, so payments to employees were handled separately from a monthly payroll run. A choice had to be made whether to force businesses to improve their administration before rollout, or to adapt RTI for such schemes. By working with agents and employers, we agreed a change in regulations. Where it proved impractical for businesses to report to us when they made payments to employees, we gave them an additional seven days. That meant those payments made to hop pickers in a field, or cash payments made from the till in a busy pub at midnight, could be reported through RTI to HMRC.

However, businesses also remained concerned about the costs of changing from a monthly to a weekly payroll system, especially where they were paying an agent to handle the transaction.

So we reached a second compromise, agreeing that businesses who were paying employees weekly but operating a monthly payroll would not have to send through payroll data every payday for at least six months. They would need to start keeping more up-to-date records, though, as a condition of following this new system. We have recently agreed to extend that relaxation until the end of the tax year, based on our ongoing work with customers and small business representatives.

An open relationship with commercial software companies also worked to everyone’s advantage. As a result of HMRC’s discussions and input, software houses have produced packages for employers to use to report payroll data in real time. Various providers also produced YouTube tutorials. Together, these approaches have helped HMRC inform hard-to-reach smaller employers about the new RTI changes. We also ran our own Twitter Q&A sessions alongside targeted advertising for affected employers.

Since our main roll-out started in April 2013, more than 1.4 million employer and pension provider PAYE schemes (around 75 percent) have started reporting in real time. Commentators have generally recognised that the early stages of the rollout have been successful and have credited HMRC with having listened to its customers and their representatives carefully. While it is still early days, and we have much yet to do to complete the transformation of PAYE, we are well ahead of our own expectations for the rollout. The approach to bringing our customers and partners into the design of our programme seems to have paid off.

The same approach was used to transform HMRC services for the recently bereaved. Historically, customers dealing with the tax affairs of a deceased relative received no special treatment, despite the sometimes complicated nature of their enquiries and the delicate time at which they were made. A project set up last year not only improved the service for these customers, but reduced costs for HMRC.

Representatives from Tax Help for Older People and the Society of Trust and Estates Practitioners worked closely alongside our own project team to analyse complaint letters and meet with customers who had recently been bereaved. Together they helped us design a new service, from testing and rewriting letters to re-designing forms and guidance, which simplified and streamlined processes that had been designed more to suit the needs of the tax system than those who used it.

Via this process, our customers told us how important it was for them to settle their late relative’s tax affairs as soon as possible, rather than having to wait until the end of the tax year. We were able to respond with a new specific HMRC helpline for bereaved customers. The affairs of surviving partners are now also reviewed as quickly as possible after we receive a notification of death.

The changes were relatively small and inexpensive but have made a huge difference. Clearer processes have reduced confusion and error at what can be a very difficult time, speeding up processing of these cases. There are less calls and letters relating to bereavement and complaints have dropped by 28 percent.

Learning from these examples, designing around the customer is becoming the norm at HMRC. From reviewing existing processes to introducing new government policies, we need to work with an understanding of our customers’ attitudes and behaviours. That means bringing them, and their representatives, into how we design operational policy and processes. The simpler it is for people to understand and comply with their obligations, the easier it is for them to get their tax right.