Relatively simple changes can have significant effects on rates of charitable giving, according to the Behavioural Insights Team.

The UK is a generous country. It is home to some of the world’s greatest philanthropists, to 150,000 charities, and a public that donated £11.7 billion to charitable causes in 2011 alone.

Charitable donations are not only good for those that receive them. Recent research has shown that individuals are happier when given the opportunity to spend money on others. Similarly, volunteering is associated with increased life satisfaction.

To help support charitable causes, and to make it simpler for those who wish to give to charity, the Behavioural Insights Team (BIT) in the Cabinet Office has reviewed what behavioural science literature suggests ‘works’ in relation to increasing charitable giving, and tested these insights with randomised controlled trials.

These trials show how relatively simple changes to the way that charitable schemes are set up can have substantial effects on levels of donations. The full details of these trials are set out in a recently published paper.

There are four simple lessons that BIT has drawn from the behavioural literature.

The first lesson is if you want someone to do something, make it easy for them. This is perhaps the most important, and often overlooked, lesson from the behavioural sciences. Simplifying letters from Her Majesty’s Revenue and Customs (HMRC) or Jobcentre Plus processes helps encourage tax debtors to pay sooner and job seekers to find worker earlier than they might otherwise do.

Making charitable giving more simple might involve simplifying the donation process; prompting someone to give to charity by asking them at the right moment; or automatically enrolling new senior members of staff onto a payroll giving scheme (while, of course, giving them the clear option to decline).

One of the trials conducted by BIT sought to make it easier for people to avoid their charitable donations being eroded by inflation. It automatically enrolled payroll givers onto a scheme which increased their future payments by three percent. When givers were enrolled in this way, the numbers of donors deciding to increase their future payments in line with inflation rose from 6 to 49 percent: a huge increase, which helps ensure that donations are not eroded over time. 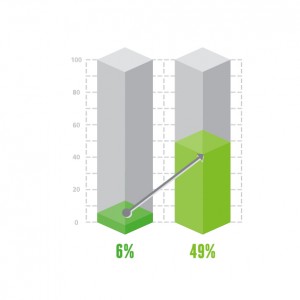 The second lesson is to attract attention. Behavioural literature is full of examples of how you can elicit behavioural change by attracting attention: rewarding desired behaviour through well-structured incentives, or encouraging reciprocity with small gifts.

BIT has drawn on this extensive literature in a number of its charitable giving trials. One of the most promising was a trial conducted with Deutsche Bank, which encouraged bankers to donate a day of their salaries to a good cause. In this trial, the previous year’s methodology – sending a generic email from the CEO alongside posters advertising the scheme – was tested against a number of small but significant new ways of attracting an individual’s attention.

The personalised emails and small gifts (such as sweets) given as individuals entered work proved tremendously effective in enhancing charitable donations from bankers: donation rates were more than doubled. Importantly, these effects seem to be additive. When people were given both sweets and a personalised email, rates increased further, to more than three times those in a control group. In total, this trial raised £500,000. 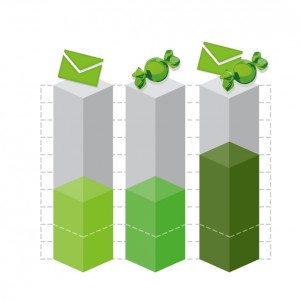 Lesson 3: Focus on the Social

Lesson three is to focus on the social. We are all influenced by the actions of those around us. Policy makers can use this knowledge to help encourage desired behaviours. BIT knows from working with HMRC on tax returns that if you tell people that the majority of people in their local area have already paid their tax, this increases the response rate among those who have failed to do so.

This knowledge can be brought to bear to help charities increase their donation rates. People are much more likely to donate if they see others already doing so. When donation rates are revealed to others (as they are on many charity web platforms), donation rates quickly conform to a group norm, which means that a visible, high donation at the beginning of a campaign can have a big impact.

BIT ran a trial with HMRC to see whether there might be a similar impact if employees sought to encourage their fellow workers to give to charity. This attempted to test the impact of peer effects: the social influence of those around you (in this case, colleagues). Colleagues who already currently donate sent e-cards to their fellow workers explaining why they donated and encouraging their colleagues to do the same.

The first group received only the messages from their colleagues. The second group received identical messages alongside a picture of the person asking for the donation. The results were striking: including the picture of the existing donor increased the number of people signing up from 2.9 percent to 6.4 percent, more than doubling sign-up rates.

The fourth simple lesson is that ‘timing matters’. This can be seen across all areas of public policy. For example, individuals find it easier to engage in new habits immediately after they have moved house; people are more likely to pay a fine if prompted before a bailiff is due to come around; and they are more likely to consider saving for their retirement if they are asked to ‘save more tomorrow’, rather than to start straight away. The right timing can really help to increase charitable donations, too. For example, people are more likely to make a donation in December than January.

Drawing on these insights BIT ran a trial with the Co-operative Legal Services and Remember a Charity (a group of charities who work together to encourage more people to consider leaving a charitable gift in their will) to see whether charitable giving through wills could be increased.

The trial showed that simply prompting people at the right moment – when they were in the process of drawing up the will itself – was an effective way of doubling the number of legacy donors. Combining this insight with a ‘focus on the social’ was more effective still. Telling them that ‘many of our customers like to leave money to charity in their will’ and asking ‘are there any causes you’re passionate about?’ actually trebled rates.

The results from these trials show how small changes can help charities and givers to support good causes. If you want to know more about using randomised control trials to improve public services, further information is available on Inside Government, a part of GOV.UK.