It is nearly a decade since the UK Government became the first in the world to set up a team dedicated to applying behavioural science to public policy issues. It’s not even a teenager yet, but it’s been around long enough to gain a sense of impact.

It was in the wake of the 2010 election that David Cameron and Nick Clegg set up the Behavioural Insights Team (BIT) in No. 10. In 2014, BIT was turned into a social purpose company – co-owned by the Cabinet Office, the innovation charity Nesta and employees – to serve a wider range of public sector partners. In recent years, there’s also been a flourishing of in-house behavioural insights teams within Whitehall and public sector bodies, and in other countries.

In September, the UK hosted the international Behavioural Exchange conference at the QEII Centre in central London, with more than 1,000 delegates from more than 60 countries. The scale and energy of the event is a good indication of how the UK is seen as a world leader in this field. The event also provided an opportunity to reflect, a decade on, on the impact behavioural science has had. How is it evolving, and what will it have an impact on next?

What is behavioural science?

Covering a range of academic disciplines that include behavioural economics and social psychology, behavioural science’s guiding theme is to understand how and why people actually make decisions.

The Behavioural Insights Team (BIT) uses insights from behavioural science to inform policies that encourage, enable or support people to make better choices for themselves and society. BIT places a particular emphasis on testing and trialling interventions in real policy settings through randomised controlled trials (RCTs). These trials show how effective a new intervention is, relative to what would have happened otherwise.

Governments are increasingly using behavioural insights to design, enhance and reassess their policies and services.

To borrow a phrase from business, a policy ‘unicorn’ is one that has had an impact of more than £1 billion. Of course, most successful policy interventions have many partners. But if we set the test that the intervention was very unlikely to have happened without a major push from behavioural science, then how many unicorns can behavioural science now claim? By this criterion, in under a decade, behavioural science can already lay claim to at least half a dozen.

¹ The quality-adjusted life year (QALY) is a generic measure of disease burden, including both the quality and the quantity of life lived. It is used in economic evaluation to assess the value for money of medical interventions. One QALY equates to one year in perfect health.

The next tier of winners

Healthcare provides a lot of ‘winners’ in this category. For example, there have been multiple replications of BIT’s early work to show that simple tests and prompts can reduce missed medical appointments, from routine outpatient clinics to cancer screening, by between 10% and 20%. They can also help with medical compliance – that is, whether the patient will take their pills when they get home – and encourage people to make lifestyle changes. The latter include making fitbit-style technology more likely to lead to increased exercise (especially among the least fit).

Nudges have proved effective on clinicians, as well as on their patients. The BIT trial, with the help of the Chief Medical Officer, to lower use of antibiotics by high-prescribing GPs (by pointing out their prescription rate relative to other GPs and suggesting other strategies) has now been replicated and extended into other countries, helping in the battle against antimicrobial resistance.

Welfare provides another area where early BIT-led results in the UK have been replicated and spread.

An early collaboration between BIT and DWP led to the finding that jobseekers could be back to work between two and four days faster by making a simple change to what Jobcentre Plus (JCP) advisers ask. Instead of asking jobseekers what jobs they looked for in the previous week – standard practice for several decades – jobseekers were instead prompted to think about what, when and how they planned to look for a job in the coming week.

The effect of this change was first demonstrated in a randomised control trial in a single Jobcentre in Loughton, Essex, and then replicated in a regional ‘step wedge’ trial in the county, before being rolled out across the UK to reach 2.4 million jobseekers a year.

The intervention is particularly helpful to the most ‘disorganised’ jobseekers. It was also found to boost the wellbeing of the JCP advisers themselves. In the years since, this intervention has been replicated and implemented in Australia, Singapore and, most recently, Moldova in Eastern Europe. The outcome of this latest replication? Jobseekers were about 5% more likely to be off benefits after three months – very similar, if not a little more pronounced, than the effect found in Loughton. 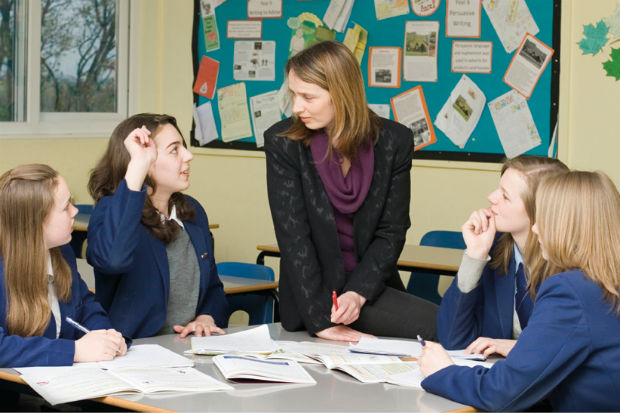 Another exciting application of behavioural science has been in education. The success of BIT interventions to boost the attendance and pass rates of teenagers retaking maths and English exams (noting that UK 16-year-olds who fail these are now required to retake), has attracted considerable international attention.

Interventions range from asking young people to nominate two ‘study supporters’, who then get texts telling them what the young person is studying in college that week (and how they might help them), through to motivational exercises the student can do themselves at the college. These interventions have been found to boost attendance by between 5% and 15%, and pass rates by up to 30%.

The UK’s BIT has now conducted several hundred trials. Many are now also being conducted by other behavioural insights teams, and the growing band of What Works Centres and the Whitehall Trial Advisory Panel (TAP) are also pushing up trials. Senior figures in the new No. 10 and Treasury teams are also known to be strong advocates of systematic testing and trialling.

A key point about the testing and trialling that BIT has helped to popularise is that quite often things don’t work. This shouldn’t be surprising, but it can be quite tough to take. The hit rate can also be obscured by the selective reporting and attention given to things that work compared to those that didn’t. As is sometimes said, successes have many parents (who talk about them a lot), while failures are orphaned.

Looking across the whole landscape, and particularly drawing on institutions that publish all of their results, suggests that fewer than 1 in 4 interventions prove statistically successful. For example, the recently launched Youth Endowment Fund (focused on reducing youth crime and violence) expects no more than 20% of its innovative interventions to succeed.

To some, this might seem a shockingly low figure. But the quest here is for policy unicorns.

Imagine that we run 100 tests of new interventions. If we do it right, the cost is low. If just 20 of these give us significant positive results, they pay – many times over – for the 80 that didn’t work. And, if they produce even a single billion-pound unicorn, they’ve paid for every trial and every run.

There’s also value in identifying the interventions that didn’t work. As Sir Chris Wormald, head of the Civil Service policy profession, has observed, early, robust testing of policy ideas saves us all a fortune by stopping the adoption at larger scale of plausible but ineffective ideas. Testing, in effect, reduces policy and political risk.

The BX2019 event provided a peek into the range of areas where behavioural science is now being applied. These include: boosting productivity and economic growth; increasing social cohesion; combating fake news; lifting social mobility; and saving the planet.

Speakers included Nobel Laureate Bob Shiller on ‘narrative economics’ – how what we say and believe changes the course of the economy; Betsy Paluck on prejudice, conflict and what to do about it; favourites such as Cass Sunstein, the original co-author of Nudge (and my opposite number in the White House), Katy Milkman and Dan Ariely; rising stars such as Seth Stephens-Davidowitz (author of Everybody Lies); Mitesh Patel on health; and Sarah Heller on crime. Of course, we had many of our own leading figures too, from Cabinet Secretary Sir Mark Sedwill to Government Chief Scientific Adviser Sir Patrick Vallance, as well as colleagues from behavioural insights teams across Whitehall.

If you missed it, don’t worry. You can watch presentations and events online, here. They give a great sense of the vibrancy and excitement in the field, and of the huge range of areas that behavioural scientists are now focusing on.

The fact is, human behaviour lies at the heart of almost every policy challenge. Whether you are a young civil servant, academic or practitioner, behavioural science and experimentation is opening up new tools and approaches to increase your impact on the world for good. Be a part of it!