In December 2013, a two-year-old boy named Emile fell ill and died in Guinea, West Africa. Within months, his family members and local hospital staff were struck down with similar symptoms. It took more than 3 months for experts to finally identify that they were dealing with the start of the largest Ebola outbreak ever known. This affected over 28,000 people and left more than 11,000 dead.

Rapid diagnosis is critical for the effective control of infectious diseases. If an outbreak is spotted early, we can quickly isolate and treat those who are infected and prevent the spread of disease. But with emerging infections such as Ebola, we don’t always have the appropriate diagnostic tools to hand. When the Ebola outbreak was announced, the world had to respond fast, with governments, public health organisations, regulators and manufacturers joining together to accelerate initiatives to support diagnosis as well as treatment.

When healthcare staff and scientists across the globe are working to address the same problem, it’s imperative that everyone is working to the same standards. For example, it’s important to ensure that the tests used to diagnose Ebola in rural Africa are as sensitive and reliable as those used in Europe or the US. At the National Institute for Biological Standards and Control (NIBSC), scientific staff are helping to harmonise the international Ebola response by producing biological standards that act as universal ‘benchmarks’ for monitoring diagnosis and vaccine development. 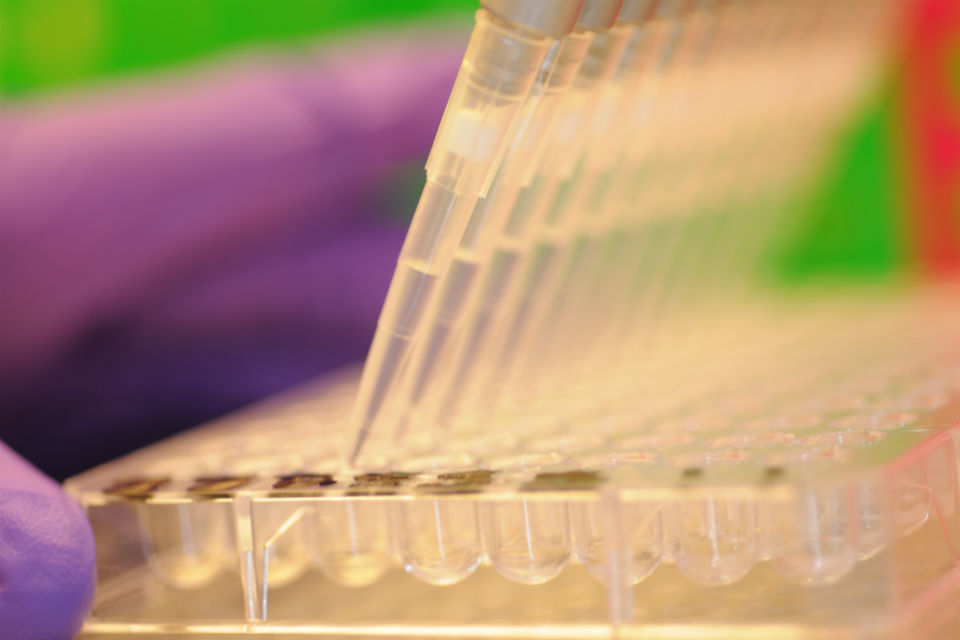 The NIBSC works to protect and improve public health by supporting the regulation of biological medicines such as vaccines, which are made from living organisms.

While laboratories have internal ways to control and monitor their testing methods on a day-to-day basis, biological standards allow comparisons between results from different laboratories or using different types of tests. Their use is vital for ensuring that patients receive a reliable diagnosis wherever and whenever they are tested, or for vaccine developers to evaluate results from different clinical trials to make decisions on the best candidates.

How we diagnose Ebola

Diagnosing Ebola can be difficult. Symptoms such as fever, headache and diarrhoea are common to other diseases such as malaria, so we can’t diagnose Ebola based on symptoms alone. To identify if a patient has Ebola, we turn instead to scientific tests that can detect the virus itself.

Tests based on Nucleic acid Amplification Technique (NAT) are commonly used for disease diagnosis. They work by detecting the genetic material of pathogens, like bacteria or viruses, in a patient specimen such as a blood sample. As this technique can recognise very low levels of the Ebola virus, these tests are extremely sensitive and help diagnose the disease in its early stages.

However, NAT tests often rely on complex equipment, guaranteed electrical supply and highly trained lab personnel, which are rarely available in remote African villages where the next outbreak might occur. Scientists are, therefore, working to develop new ‘point-of-care’ tests that detect viral proteins, are easy to use and can be performed at a patient’s bedside. Often these require small disposable devices, where a patient sample can be added at one end and the result is shown, within a couple of minutes, at the other, much like a pregnancy test. As doctors can get results immediately, this type of test helps ensure the patient receives the right care as quickly as possible, and that the spread of disease is limited. 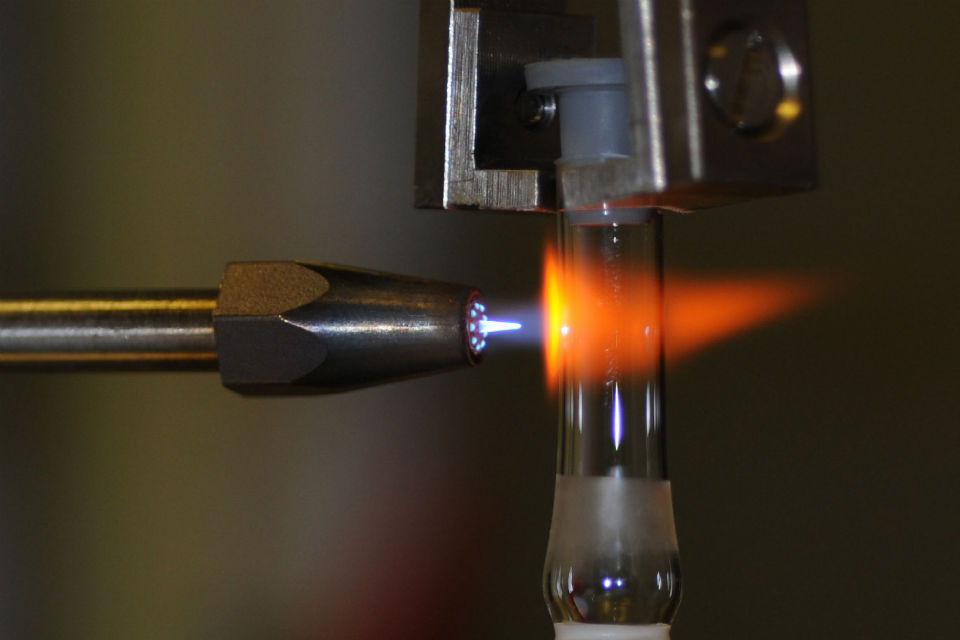 During outbreaks, countries look to public health bodies such as WHO (the World Health Organization) for advice. With Ebola, many different diagnostic tests were in development by independent manufacturers, and WHO was relied upon to provide recommendations about which tests to use. Ultimately, those working to control Ebola needed to be sure that the tests they used could effectively identify real cases of the disease while minimising the chance of false positives.

On news of the Ebola outbreak, WHO asked the NIBSC to produce standards that could support the comparison and evaluation of all the different diagnostic tests coming onto the market.

Diagnostic standards are usually made using a diluted sample of the real virus. With a dangerous virus like Ebola, however, an alternative approach is needed. With their knowledge and experience in developing biological reference materials, NIBSC scientists were able to identify and work towards another direction. This involved capturing the genetic material of the Ebola virus in a safe, non-infectious virus-like particle. Making the standard in this ‘synthetic’ way eliminates any risk of those using the material becoming infected with Ebola.

Although this novel approach works to address issues of harmonising NAT tests, many of the bedside tests for Ebola look for viral proteins, rather than genetic material. This means that additional reference materials based on Ebola proteins are needed to support the success of these new tests. The institute has already begun to tackle this problem by producing a standard for VP40, a common protein found in Ebola virus, to monitor the performance of rapid diagnostic tests targeting this viral protein.

Preparing for the next outbreak

One of the major lessons from the Ebola outbreak was the need for the global health community to plan for, rather than just respond to, epidemics. It signalled the start of renewed momentum from health organisations, research institutes and governments worldwide to work together and support progress towards vaccines, drugs and diagnostic tests to combat Ebola. With a new Ebola outbreak recently declared in the Democratic Republic of the Congo (DRC), initiatives established in response to the 2014 outbreak are now being put to the test.

The strong global relationships established following the last outbreak have helped to speed up the launch of interventions to control the new epidemic. This time, armed with experimental drugs and an Ebola vaccine, the plan is slightly different. Rather than looking simply to contain the spread of the disease, WHO has proposed that research should form part of the response. In May, 4,000 doses of the experimental vaccine, rVSV-ZEBOV, were deployed in the DRC, awaiting the greenlight to be administered.

NIBSC promptly engaged with global health partners and agreed to provide their standards to support efforts to control the epidemic. Aside from diagnostic standards, another NIBSC reference material, an Ebola antibody standard, will be important for the planned response. This standard can be used to measure immune responses in infected patients, or in volunteers in clinical trials. It is hoped, therefore, that it will support vaccine development by helping scientists to understand the results of any experimental vaccine treatment in DRC and make comparisons with other innovative vaccines in the pipeline.

However, Ebola isn’t the only public health threat facing the world. Many other emerging viruses may be waiting for their own opportunity to strike. In 2015, WHO put together a list of priority diseases that, based on current evidence, had the potential to follow in the footsteps of Ebola and trigger a public health emergency. Working with key partners such as WHO and the Coalition of Epidemic Preparedness Innovations (CEPI), NIBSC has already developed reference materials for Zika virus diagnosis. It is also working to produce standards for the other identified top priority viruses, such as Middle East Respiratory Syndrome Corona Virus (MERS-CoV), Nipah Virus (NiV) and Lassa fever.

The world has learnt from the Ebola outbreak in 2014, and we now understand that the best way to protect against epidemics is to get ahead of them.