In June and July 2017, Civil Service Live, the biggest single learning and development opportunity for civil servants, was staged for the tenth year in succession.

Launched in 2008, this combined conference and exhibition, a place for learning and a showcase for innovation and best practice in public service, has become a fixture in the event calendar. This year it was bigger than ever, with nearly 22,000 civil servants registering to attend one of the seven days of events in six locations around the country – Manchester, Gateshead, Cardiff, Edinburgh, Birmingham and London. 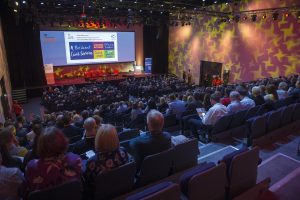 The fundamental purpose of CS Live is to improve public service through learning and sharing best practice.

The best organisations are always learning, improving and adapting to changes in the world. In the private sector, failure to do so leads to loss of customers and markets, business failures and liquidations. In the public sector, it can lead to stagnation, inefficiency, losing touch with the needs of the people you serve, and the loss of confidence in government. New businesses can rise from the ashes relatively easily, but rebuilding trust in public institutions can take much longer.

To avoid this hardening of the arteries of public service, the Civil Service has not just to respond to change but to anticipate it. It has to take account of developments in society, in technology and science, in working practices, to equip its workforce with the right outlook as well as the right skills to do its job.

This ability to transform through learning from external developments and to foster innovation in its own ranks has never been more relevant than now. We face generation-defining challenges: managing our exit from the EU, reshaping the UK’s role in the world, and responding to continuing financial strictures by combining greater efficiency with greater effectiveness.

The Civil Service hasn’t always been brilliant at this. The archetype of the bowler-hatted, pinstripe-suited, furled-umbrella-wielding civil servant is anachronistic to anyone working in the Civil Service. But it has had a frustratingly persistent hold on the public imagination. It sums up the popular view of an organisation dominated by white males of a certain age and class, set in its ways and impervious to change, detached, convinced it knows best and closed to ideas from outside – and most of all from the people it’s supposed to serve.

Driven by the imperative of gaining and retaining commercial advantage, the private sector has tended to be much more focused on what its customers want. It has been quicker to adopt new technologies and working culture to meet their needs. The Civil Service can take great pride in its public service ethos, the positive difference it can make to people’s lives and the scale at which it works. But it can’t neglect the skills and practice that increase that potential: it has to provide - and civil servants have to take up – opportunities to develop themselves so they can apply that ethos to maximum effect in ever-improving public services.

The prime mover in the creation of CS Live was the then Cabinet Secretary and Head of the Civil Service Gus (now Lord) O’Donnell. His vision was of a national event that would bring civil servants from different departments, disciplines and professions together in large numbers to learn, share knowledge and collaborate. It was in the vanguard of a move to break down departmental silos and unite the Civil Service across traditional boundaries. And it recognised that the Civil Service is everywhere. It is one of the most widely dispersed workforces in the UK, in a vast range of different roles, many public-facing, that had to be joined-up in learning, to include, as far as possible, civil servants wherever in the country they work.

As I travelled round the country visiting civil servants, I was very struck that there was a lot more that united us than divided us. There were so many brilliant civil servants around the system doing amazing jobs. Nearly all the conferences that existed, however, were aimed at colleagues in specific grades, roles or departments.   I wanted an event that was open to all civil servants, irrespective of their grade or department. I wanted an event that would facilitate learning, inspire best practice and help colleagues to build a shared understanding of the tremendous and positive impact that the Civil Service was having on ordinary people's lives.

At the time, we were all striving to do "better with less".  With ever tighter resources, inspiring innovation was a key theme and I remember in one of the first Civil Service Live events sharing a platform with Peter Jones from TV’s Dragons' Den. Peter had agreed to help judge our version - Lions' Lair - in which civil servants pitched their ideas for improvements to processes or service delivery.  He went down a storm with the audience and, in turn, told me how impressed he was with the passion, dedication and talent of the staff that he met. One early suggestion was to hold Civil Service Live events outside London to ensure that as many staff as possible could engage with the experience, and we ran a very successful event in the iconic Sage Gateshead centre.

I am delighted to see, a decade later, that there are now multiple events around the UK attracting big audiences.

The first CS Live event was held in London’s QEII Conference Centre in April 2008, opened by the then Prime Minister Gordon Brown. Since then, CS Live has extended its reach across the UK, first to Gateshead in 2009, and – including its sister event in Northern Ireland, NICS Live – has now been staged 39 times in 13 cities.

CS Live has been an important platform for communicating important cross-government messages. In 2010, when the event fell shortly after the General Election, the Coalition Government used it to communicate its plan with the PM, Deputy PM and a range of Secretaries of State coming to speak to their senior departmental teams.

In the last ten years, the event has featured interactive workshops, seminars, an innovation space, a Civil Service history museum, and it has attracted expert speakers from within and outside government. As well as senior Civil Service leaders, these have included prime ministers and ministers, leading business people such as Peter Jones, and con-man-turned-FBI-consultant on fraud and corruption Frank Abagnale.

Today, the need for the event is greater than ever. Civil Service Live 2017 was built around the skills and attitudes needed to realise the vision of A Brilliant Civil Service, with its four supporting pillars: Improved Outcomes, Effective Leaders, Skilled People, and A Great Place to Work. It highlighted the progress made since the vision was launched at CS Live 2016, including examples of the vision in action, and reinforced commitment to its aims of supporting the governments of the UK in implementing their commitments and delivering high-quality public services. A fifth theme for 2017, Global Britain, was designed to increase appreciation of the important international context of our work and how it contributes to the UK’s reputation and influence in the world.

So, in the tenth year of CS Live, has practice improved? First of all, its very existence highlights the importance of learning for more efficient public service. It has provided a point of focus for new and innovative ways of working and a forum where civil servants from different departments, professions, functions and roles, from policy to operational delivery, can meet, share and learn – from each other as well as from expert practitioners.

Certainly Civil service Live is popular. Numbers and sessions continue to increase and it provides a single forum for the Civil Service to review its progress, from speeches by the Cabinet Secretary and the Chief Executive of the Civil Service, through to training for the newest recruits.

A record number of more than 840 plenaries, workshops and seminars (and over 800 mentoring sessions) delivered at Civil Service Live 2017.

In the last decade, the principle of constant improvement that ignited Civil Service Live has sparked a range of measures – of which Civil Service Quarterly, where you're reading this, is one – to create a culture of learning and innovation. Another part of that commitment to developing civil servants is Civil Service Learning. Founded in 2011 as one of three expert services, also including Civil Service Employment Policy and Civil Service Resourcing, it is now under the aegis of Cabinet Office.

Civil Service Learning is set up to provide high-quality learning, reacting to changes in learning methods, in technology and skills requirements, and government priorities. It makes a learning offer to every civil servant, including leadership development and other priority skills, such as digital, commercial and project management.

Of a piece with these innovations and an inclusive view of civil servants wherever they are, was the creation of Civil Service Local. The idea behind this regionally based initiative is to bring together departments and agencies within each area to deliver actions and opportunities that will bring the vision of A Brilliant Civil Service to life and encourage more civil servants to be part of it.

CS Live echoes these priorities. It offers learning and best practice in areas essential for a high-performing 21st-century Civil Service that can deliver the most informed advice to government and services that meet the needs of citizens used to the speed and convenience of a digital world. 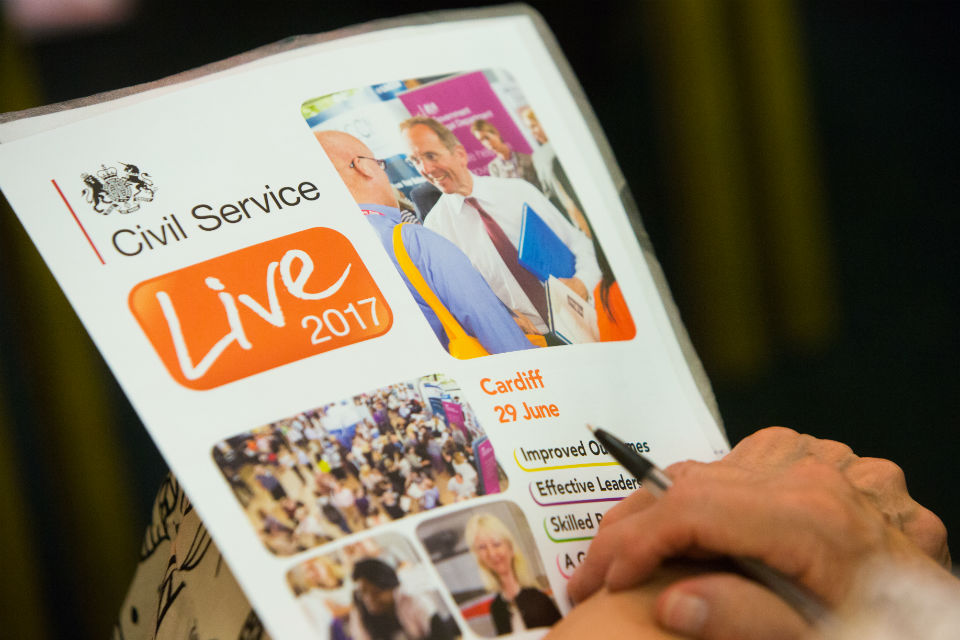 So, there is now a strong concentration on capability in digital and data that helps to frame policy and deliver services based on evidence of what works, making the best use of available and developing technologies.

From 2011, CS Live was a shop window and best practice guide for ‘digital by default’ – the revolution in how public services are designed, delivered and, ultimately, used that has transformed the efficiency of government and its relationship with citizens. This revolution began with the Civil Service learning to look outwards, asking what people want from their government, and then acquiring the skills and tools to meet their needs. Civil Service Live makes a similar appeal to civil servants - come along, learn something new, and do things differently so we can meet the challenges of the times.