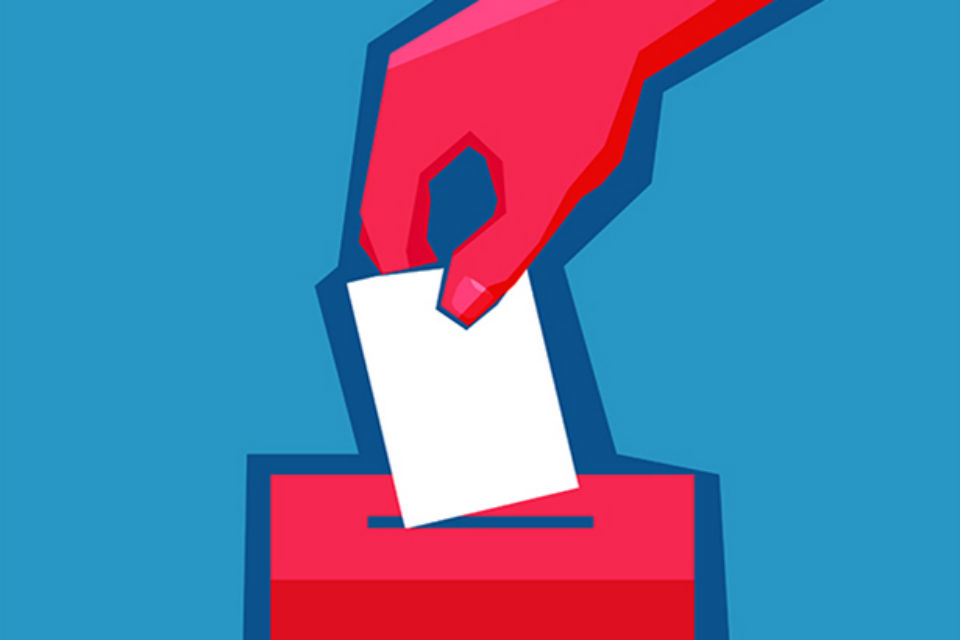 If you were one of the millions of people across the UK watching the BBC General Election debate in April, you would have seen David Dimbleby encouraging those who hadn’t already registered to vote to visit gov.uk/register-to-vote.

This was a massive moment for the Electoral Registration Transformation Programme team, helping to generate the biggest spike in traffic to the Register to Vote website of the whole election campaign.

The number of users on the site just kept climbing 13,000… 16,000… 20,000 and then, finally 25,000 trying to register to vote at the same time. The team quickly contacted Marianne Ainsworth-Smith, the Service Director, to check the site could handle this major boost in traffic. While we had some nervous moments, it was no surprise, given the preparation that had gone into this, that her answer was yes.

And, on deadline day for voter registration, that number rose even higher. In total, 500,000 more people registered in those final hours, with the vast majority of them going online to do it. This number is similar to the total number of registration forms downloaded during the entire 2010 General Election campaign. In the end, it helped secure the highest ever numbers of people registered on the electoral roll to vote in a General Election.

This success was a far cry from the 2011 media headlines which suggested that this landmark shift to individual electoral registration could see the number of registered voters drop to as low as 60% of the eligible population.

Ensuring that didn’t happen took 5 years of focused effort from the programme team, based in the Cabinet Office: working in partnership with the Government Digital Service (GDS), Department of Work and Pensions (DWP), the Electoral Commission and 400 local authorities across the country.

Our mission was to deliver the Government’s commitment to ensure a more convenient, secure and fairer voter registration process for millions of people.

At its heart was the shift from the decades-old paper-based system, which asked the ‘head of household’ to register everyone living at their address and required no verification of identity, to a more modern system where every individual is able to register digitally for themselves, establishing their entitlement to vote simply and easily.

Behind the scenes, this added up to a major change management programme, requiring a fundamental shift in behaviour, culture and new technologies to deliver a better service for the public. But, as the programme shows, it can be done on time and to budget. Here are the top five lessons the programme team learned along the way.

1. Start early. Don’t be afraid to learn from failure

We started piloting elements of the new approach as soon as we could. The programme’s first data matching pilot in 2011 (the first of many) didn’t give the team the answers we thought it would and in fact in Parliament and the media it was branded a ‘failure’. But it did teach us something incredibly valuable about the relationship between the electoral register and the DWP data – being used to automatically check and transfer 90% of existing registered voters to the new system without having to do anything. This, in turn, helped to dramatically reduce the costs and risks involved in the programme.

We were one of the first Digital Transformation Programmes to work with GDS and their approach really helped to de-risk the digital delivery. Under Mark O’Neill, the GDS designed and built the digital service that underpins the new system.

The team, which used agile methodology, worked closely with the programme team and their partners to build and test the new service over and over again.

Elements of the service were piloted continuously with local authorities, culminating in a full national test in summer 2013. This constant user testing and responsive approach to website development ensured that when it came to launch, the ‘Register to Vote’ system was something that people wanted to use.

And the team rapidly went from a baseline of 0 to 75% digital transactions, securing satisfaction scores that were consistently over 90%.

It’s a powerful example of how the GDS’s flexible, digital approach can transform and improve the way the Civil Service delivers change of this kind.

Regularly assess your issues and risks, learn from them and apply these lessons consistently

Risk management was at the heart of our approach. Connecting 400 local authorities to a new digital service in the middle of the migration from the GCSX service to the Public Services Network (PSN) took a huge amount of work. It demanded that the programme team keep in constant contact with these authorities, their suppliers and other partners and worked closely with the PSN team to align roll-out plans.

Managing a major supply chain, comprising both prime and sub-contractors, is always a challenge. To mitigate this risk, the team identified the contractors they were most dependent on at each stage of the project, analysing the specific constraints, challenges and risks that each of the organisations posed.

This detailed understanding of our risks enabled the programme team to avoid these becoming issues with threatened successful delivery. This was especially important given the programme was being delivered just ahead of the General Election, resulting in a rising volume of applications and likely surges in interest.

It also meant that when the inevitable unexpected problem did occur – in our case a digger in a car park sliced through a vital service cable supporting the IT infrastructure, the team were able to respond quickly. We identified every single possible point of failure for the programme to strengthen resilience.

Deliver this change in partnership with your stakeholders

The team made a conscious and consistent effort to talk to the people responsible for running the new electoral registration service on the ground. The programme’s Head of Relationships, Mark Hughes spent years visiting councils, Chief Executives, region and county groups of Authorities and branches of the professional body – the Association of Electoral Administrators. The aim was to get to know people, hear their concerns and ensure this intelligence informed the programme’s major decisions. It made all the difference.

The team also set up an expert panel of experienced practitioners to act as a sounding board for project decisions. No major steps were taken without their input. They gave the team the extra knowledge, credibility and capacity they needed to get things done. And other departments can learn a lot by replicating this approach in other major programmes.

Build external challenge and assurance in from the start

Ministers appointed two Non-Executive Directors to the Programme, Geraldine Terry, non-executive director at the Driver and Vehicle Standards Agency, and Eric Gregory, non-executive board member of the Legal Aid Agency.

Both brought a wealth of private and public sector experience and ensure that the entire team and its partners were robustly, but constructively challenged throughout to deliver the best service possible.

The team also made use of external assurance throughout, with successive reviews and health checks across the programme.

It was tough going, but it ensured that the programme team weren’t afraid to ask themselves hard, challenging questions before anyone else did. It gave the team the confidence they needed to identify and deal with issues rapidly.

In conclusion, there is no single blueprint for success in the public sector. But, as the Electoral Registration Team shows, with a keen focus on detail, huge amount of hard work and collaborative approach, you can deliver revolutionary change on budget and to time – creating a fairer, more secure and convenient way to register your vote.