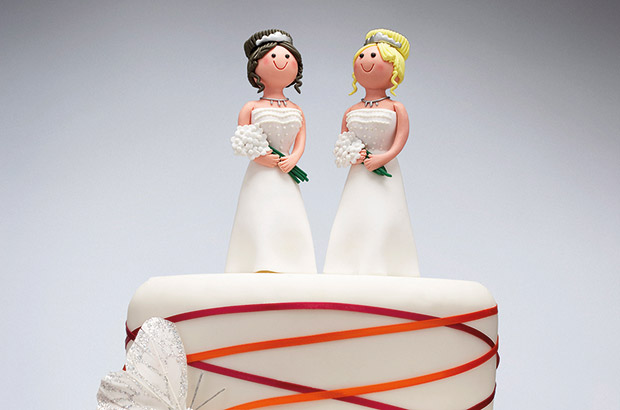 In those two and a half years many column inches and hours of airtime have been devoted to the subject. All manner of views have been expressed, often with great strength of conviction.

The job of the Civil Service is not to take sides or comment, for or against. Once the Government takes a decision, we are there to make it happen. But, as Bill Manager for the Marriage (Same Sex Couples) Act 2013 and Project Manager for the post-Act implementation, I know first-hand how much needs to be done behind the scenes to get a Bill from the ideas phase to the statute book.

Supporting Government and Parliament to shape the law is one of the most important contributions the Civil Service makes to our democracy. This Act – and the unprecedented scale of the response it generated – proved it is also one of the more challenging things we do.

The story started long before the legislation was debated in Parliament.

In March 2012, following months of preparatory workshops and discussions with stakeholders from all sides, the Government Equalities Office (GEO) launched a consultation on equal marriage. Our main challenge seemed to be the ministerial imperative for the project to be completed both quickly, and also comprehensively. So far, so normal.

We knew, of course, that the subject of equal marriage was controversial and of interest to many. But we couldn’t have known we would receive the largest ever response to a Government consultation. More than 228,000 people and organisations gave their views, many digitally, but many with typed submissions, handwritten letters and postcards. On top of this were a number of petitions signed by more than 500,000, all objecting to equal marriage.

How to manage this volume of material quickly and effectively, when GEO’s staff already had full-time jobs? Outsourcing was not an option; ministers made clear that they wanted the whole job done in-house.

Debbie Gupta, the GEO Director in charge of this phase, explains:

“We put together a small core team of lawyers and analysts to work out how we were going to process this amount of material. As well as simple points like finding enough space to store all the written responses, we had to get to grips with unstructured ‘free text’ and handwritten responses. We needed a system to enable the whole team to process these responses in a quick, accurate and objective way.

“The team looked at a sample of 1,000 responses and produced a codebook to help identify common themes. This analysis identified more than 40 categories of response.

“We then needed to train GEO staff and put in place a monitoring and verification system,” adds Debbie.

“We had ‘coders’ to read the responses and do the basic categorisation; quality assurers who checked ten percent of codings; troubleshooters who dealt with knotty problems, and duty managers who oversaw and reported on progress daily. Rank wasn’t a question – senior staff did stints at coding and were checked by quality assurers just like everyone else.”

Debbie ran the consultation along standard project management lines, taking time to get the preparation right: “We took two months to work up and trial the codebook and train people – everyone had to pass a coding test. Then we got through the entire set of responses in a further three months, a magnificent effort from the team."

This phase ended in December 2012 when the Government published its response to the consultation. The relevant datasets and other material (including the “Response codebook”) were also published subsequently, and are available online at http://discover.ukdataservice.ac.uk/

A simple problem, or a complex one?

With all this data to hand, the next challenge was to turn this insight into something that could be used for drafting the legislation. After all, a Bill is policy being made into law. The Bill team of policy and legal staff work out how to translate that policy into every scenario they can think of – and ask Parliamentary Counsel (the team of specialist civil servants who actually write the law) to reflect this in drafting the Bill itself.

This process often throws up surprising difficulties. An example is how the Act works in relation to the Church of England. What we had to work out – in close consultation with the Church – was a way of putting it in the same position as other religious organisations which can choose to “opt in” (or not) to marrying same sex couples.

Section 1 of the Marriage (Same Sex Couples) Act 2013 gets round this conundrum by saying that the 1533 Act does not prevent Canon law providing that marriage is the union of one man with one woman. The same section also makes clear that the duty of clergy of the Church of England (and Church in Wales) to marry parishioners does not extend to same sex couples. That ensured that the Church of England could not be forced to marry same sex couples.

But how to ensure the Church could “opt in” if it changed its position in the future? This was achieved by the fact that the Church could, if it wished, amend its Canon law through the Synod, amend the Book of Common Prayer and change the Marriage (Same Sex Couples) Act to enable it to marry same sex couples. Like all Synodical legislation, such a measure would be subject to parliamentary approval.

To achieve the apparently simple policy aim of putting the Church of England in the same position as other religious organisations, we needed to get through this minefield in the short period before the Bill was introduced. It was all solved – a tribute to the economy of Parliamentary Counsel’s drafting – in 12 lines of the 64-page Act. But these few lines represent weeks of effort by all concerned.

One thing that made this Bill different from most was that it was subject to a free vote at all stages. That is, the political parties didn’t ask their members to follow a particular line, so each member of the House of Commons and the House of Lords could vote as he or she thought best.

This is highly unusual for a Government Bill. It meant we could not rely on party allegiance to help predict what Parliament would decide, or to sway votes on the day. It also meant devoting a lot of time to understanding the concerns of opponents of the policy, as well as the aspirations of supporters.

We thought about how to communicate with each group. We studied what stakeholders were saying on a daily basis, and who was likely to lead the arguments for and against. And we constantly had to be able to react to emerging concerns, and reflect these in our advice to ministers.

Melanie Field, the Deputy Director in overall charge of the Bill, reflects on this key part of the work:

“This was a highly resource-intensive activity and required building up, quickly, a good level of trust and confidence with a whole range of organisations. But it was worth it because it enabled us to correct misunderstandings, get quick intelligence about emerging concerns and change the Bill (which we did in a couple of cases) or brief ministers accordingly.”

On this Bill, MPs and peers tabled hundreds of amendments (that is, they proposed changes to legislation that would affect the final policy) on a variety of subjects: the definition of marriage; freedom of expression for people who disagree with equal marriage at work or in a public place; teaching about marriage in schools; and many others. And the Government tabled its own amendments as concessions to those with significant concerns. Every one of these, big and small, needed the Bill team to think about what it meant for the Bill, and write advice and a speech for ministers.

The intense media interest also meant we constantly needed to react quickly to enquiries, dealing with high volumes of correspondence from ordinary members of the public, representative groups, MPs, and others.

The Second Reading of the Bill in the Commons, the stage where MPs get to debate the overarching principle of the policy rather than the detail of the legislation, happened on 5 February 2013. 400 MPs voted in favour, and 175 against. The rest of the time in the Commons saw hard work and intensive scrutiny, but no Government defeats.

If anything, the Bill faced greater scrutiny in the House of Lords. There is a tradition that at Second Reading the House of Lords generally accepts the overarching principle of every Bill the Government puts forward, ‘without a division’ — that is, without voting on it. The tradition reflects the fact that the Lords do most of their work on the detail of legislation. But this time the House of Lords didn’t follow the normal tradition: 390 voted in favour of the Bill and 148 against.

The Marriage (Same Sex Couples) Bill received Royal Assent and became an Act on 17 July 2013. But the job was only half done – like most Acts, this one did not come into force immediately, which is why same sex couples were not able to marry last July. The next step was to work out the procedural and administrative details and put through yet more ‘secondary’ legislation such as regulations.

My team in the Department for Culture, Media & Sport (DCMS) worked closely with a number of key departments over the next few months, from the ones you might expect like the General Register Office (who set out the procedures and rules for registrars), to ones you might not expect, like the Foreign Office (who have policy responsibility for marriages in overseas consulates). But departments right across Whitehall also needed to check through all their existing legislation to ensure that references to ‘marriage’, ‘husband’, ‘wife’ and other terms worked in the new context of same sex couples being able to marry.

This process brought its own challenges. Whereas working on the Bill itself meant bringing all departmental contributions together into one place, all the subsequent legislative and operational changes were put together in different places – and each of the key departmental components needed to be assembled to the same timetable.

On 23 January 2014, DCMS and other key departments laid around a dozen pieces of secondary legislation in Parliament, with all the practical and procedural details needed to enable same sex couples to marry – and the date from which they can do so. Six regulations and orders were then debated in each House of Parliament, before finally being approved in March 2014. We had cleared the final obstacles to same sex weddings.

The Civil Service role in legislation

To me, the core activities of a Bill team of civil servants are no different from the tasks which we undertake routinely on a less urgent and high-profile basis: organising, analysing, advising ministers, talking to stakeholders, and so on. In this case, however, the scale of those activities and the level of scrutiny involved made this different from ‘business as usual’.

Controversial as the Bill was, perhaps the surprising thing in the end was that there were few surprises. All the anticipation, preparation and hard graft put in by the team paid off.

When the first same sex couples took their vows at the end of March, that complex legislative process became complete. Few will know the extent of the work that went on behind the scenes in drafting the Bill, dealing with the consultation and advising ministers. This is the unique contribution civil servants make to the legislative process, which affects the lives of ordinary citizens.

Postscript: Since writing this article, Wally has retired from the Civil Service.

Legislation.gov.uk and the Good Law programme