The Civil Service has worked for well over two years to prepare for the UK to withdraw successfully from the European Union.

In the run-up to 29 March, around 17,000 civil servants were working in EU-Exit-critical roles. They were working to progress over 300 workstreams designed to ensure that the UK is ready to leave the European Union in any scenario. Of course, the date of the UK’s exit has now been extended, potentially until the end of October 2019. If a deal between the EU and UK is agreed and ratified in Parliament before that date, the UK could leave earlier. While our planning for withdrawal continues, this extension gives us a natural point to consider how we have progressed this work to date.

Preparing for 'no deal'

The Government’s preferred outcome has always been that the UK leaves the EU with a deal. In the six months prior to 29 March 2019, the focus of much of the Civil Service’s domestic work was to make sure that the UK was able to leave the EU in the event of there being no deal in place. As has been said many times, it’s only sensible to prepare for a range of possible outcomes, and given the potential unwelcome consequences that could arise in a no-deal scenario, this was a vital contingency measure. It did, however, present an almost unique challenge for both the Civil Service and the wider public service: how best to shift from one scenario to another in the fastest possible time, while accelerating delivery of a range of projects that had not previously been the primary operational focus of government.

John Manzoni, the Chief Executive of the Civil Service, brought together the Permanent Secretaries from the departments most
affected by EU Exit to exchange information and ensure that everyone was working to a shared agenda. These conversations
proved fruitful and led directly to the development of a range of products that formed the basis of our no-deal planning. The work this small group initiated included shared planning assumptions, the secondment of staff between departments through a staff ‘clearing hub’, and the identification of areas of concern for assurance and remedial action.

The level of collaboration fostered by this group was almost unprecedented in my time as a civil servant. Taking the staff clearing hub as an example, the Civil Service HR Function had long been working with departments to establish a clear picture of demand for exit-related roles. By the end of 2018, it had supported departments in the appointment of around 11,000 staff in just two years. Early in 2019, when no-deal plans were intensified, there was an urgent demand for 1,800 new staff to be placed into a range of no-deal roles. There simply was not enough time to advertise, interview, onboard and induct new staff into these posts, meaning that a different solution had to be found.

What the HR function did was to match departments without a significant exit workload with those that had a lot of work to do in a no-deal scenario. These matched departments then worked with HR to move staff from non-critical roles to critical no-deal ones. Within three months, the 1,800 posts were filled and, in fact, we had people to spare who could be deployed should they be required in a no-deal scenario.

Without this collaboration, the UK would not have been ready to leave the EU without a deal. Our preparedness demonstrates the power of shared understanding and collaboration across the system.

Similarly, the communication campaign that preceded ‘no deal’ was almost unprecedented in its scale and urgency. It saw 145,000 businesses contacted with advice on how to prepare for no-deal customs procedures; the publication of over 106 technical notices to inform businesses and citizens about what they may need to do to prepare for a no-deal scenario, on issues ranging from exporting items of cultural interest, to how the UK would test medicines; and the creation of a new GOV.UK service to ensure people both inside and outside the UK could understand the implications of no deal and how to prepare for it.

This service involved not only a vast amount of high-quality information but the development of an effective way to present
it. It drew in staff from DExEU, other government departments, Government Digital Service, and the Government Communication Service (GCS). The aim was to ensure that all parts of the system were working to a common standard and launching information in a way that was easily understood and accessed by the public. It serves as another example of the power of joint working across the system.

GCS established a communications hub that acted as an editorial board for exit-related communications, a fact-checking service, and a vital link into the co-ordinating functions of government. All to ensure that announcements had appropriate levels of agreement and clearance in advance of a publication. Without this shared effort, it is hard to imagine the communications campaign succeeding to the extent that it did.

While the work outlined above involves collaboration between departments, the work to ensure that services were as ready
as possible for a no-deal scenario was largely led by individual departments.

When the Civil Service began this work two years ago, DExEU worked with departments to identify over 300 issues that would be impacted by the UK’s withdrawal from the EU. When no deal became a key focus operationally, this list of projects and the reporting associated with it became the basis of the centre’s work on no-deal planning.

It saw departments reporting back to the centre on progress in completing work on each issue, and using the reporting process to highlight where matters needed to be unblocked.

A subset of 43 programmes was identified by the Functional Support Team and the Infrastructure and Projects Authority (IPA). Each programme was assured by the IPA to generate 361 recommendations, to be worked on by departments to make sure the programmes were on track for delivery by 29 March 2019.

The Functional Support Team then worked with departments and the cross-government professions to ensure that
these assurance reviews and the associated actions were meaningful. This was done by linking up departments and relevant interlocutors in each of the functions – primarily GDS and the Government Commercial Function – to make sure the appropriate expert support to resolve issues was provided.

The information generated was also shared back to DExEU so that unresolved issues were highlighted and another lens on progress was provided. DExEU was able to use this information and that collected from departments to prioritise interventions and support policy development. Once again, this illustrates the power that joining up the entire system can offer in solving shared problems. 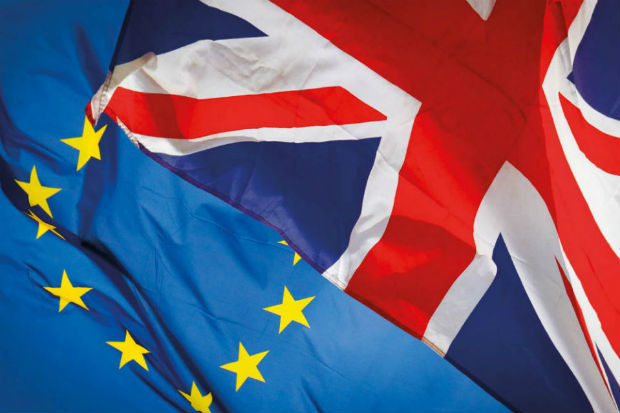 What we have learned

The examples set out above barely touch on the scale of the work undertaken in the six months prior to 29 March 2019. However, they do show where near unprecedented outcomes have been achieved through joining up across the system. It’s important to reflect upon what we can learn from this and how we can apply it to the future. To me, the principal lessons are as follows:

We have made good progress on EU Exit and learned some vital lessons. These lessons have application beyond EU Exit. We need to consider carefully how we will absorb them and ensure they are applied to the future. The months spent to prepare the Civil Service for no deal were challenging for thousands of civil servants, but all involved should be proud of what was achieved and learnt in a relatively short period of time.