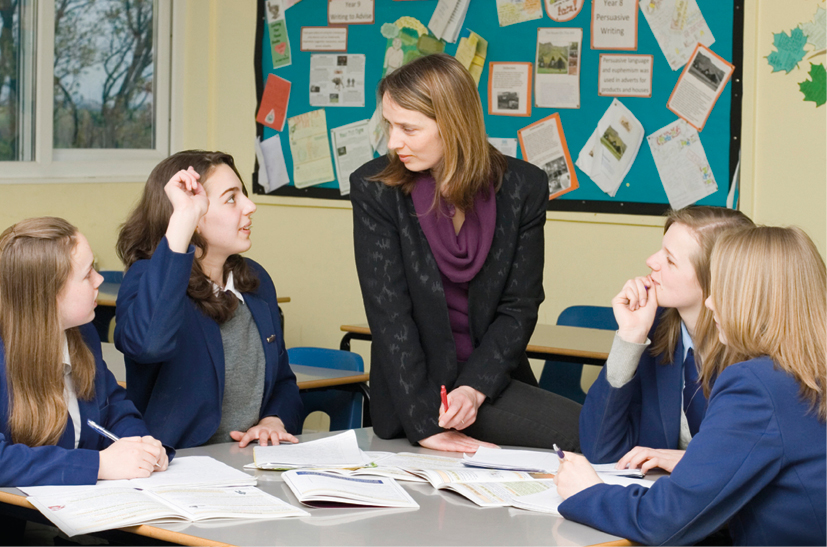 English secondary schools are held accountable in two ways. The government publishes data about exam results, and Ofsted inspects schools, taking the data into account. But a major shift in how success is measured for GCSEs is coming, writes Tim Leunig, Chief Analyst and Senior    Ministerial Policy Adviser at the Department for Education.

The UK’s school accountability framework is generally seen as world-leading, with the OECD’s education head Andreas Schleicher telling Parliament this year that “strong public accountability” is an important part of “the most successful education systems”.

Prior to 2010, a school was “above the floor” if three in ten pupils were awarded 5 of more GCSEs of grade C or better. Schools failing to meet this standard were deemed to be “below the floor”. Such schools would be inspected by Ofsted. Should Ofsted confirm that the school’s performance is poor, a change of management would follow.

This approach encourages schools to concentrate on C/D borderline pupils. Getting a pupil from Cs to A*s, or from Fs to Ds gets no credit. It also means that intake, not the quality of teaching, largely determines whether a school is defined as doing well. A grammar school will never be below the floor, whereas some schools have intakes that are much more challenging. This makes jobs in schools with challenging intakes more pressured, and less attractive.

These criticisms have been widely understood for some time. One education expert, Loic Menzies, wrote “I hate the distortive effects of the 5 A*-C at GCSE accountability measure. Don’t all teachers? Doesn’t any parent who has seen the effect it has on their children’s education?”.

We took the overwhelming consensus that the previous system was not fit for purpose seriously. As civil servants, we set ourselves a number of criteria by which to judge any proposals. These criteria embodied Ministers’ aims.

The Department for Education maintains the National Pupil Database, which records the grades of each and every pupil. This allowed us to model different ideas against these criteria very accurately. Analysts were key and worked tirelessly to analyse and present their conclusions. We were able to assess the likely number of schools that would be below the floor, as well as to look at the likely behavioural responses from schools. For example, some schools currently offer a curriculum that is tailored to an accountability regime that does not require many traditional academic GCSEs. It is clear that these schools will change their behaviour to offer a more appropriate mix of subjects.

The consultation document was broadly well-received, with generally supportive responses from parents, teachers, heads, and educationalists. Notwithstanding the positive response, we took concerns seriously. For example, the consultation document proposed keeping a C threshold in English and Maths, but all of the maths organisations argued that this distorted maths teaching, with too much “teaching to the test” and too little development of deeper learning and understanding. We listened, and took out the C threshold in both subjects.

The new system has at its core the progress that all pupils make in their time at secondary school. All pupils count equally, so there is no incentive for schools to prioritise any pupil over another. A school’s intake of pupils doesn’t matter, because the new system is based on the progress pupils make, not their final attainment.

Schools will receive points for grades in 8 GCSE subjects. A G grade gets 1 point, up to 8 for an A*. English and Maths have to be in the mix, and are doubled weighted, reflecting their importance. A further three subjects have to be traditional academic subjects (sciences, humanities, languages) and three are open – they could be more academic subjects or creative or vocational subjects.

Each pupil’s GCSE score is compared with that of other pupils who performed equally well at age 11. This gives us a measure of the pupil’s progress relative to reasonable expectations. A school’s progress score is the average of its pupils’ progress scores. This is the key measure: if pupils in a school average half a grade lower than the same mix of children typically achieve elsewhere, the school is below the floor, and will be inspected. Furthermore, every school will have to declare their progress score on their website. Parents will know whether children typically learn more or less in each of their local schools. The formal national accountability system will support local, informal, accountability at the school gate.

It is generally good practice to pilot major changes, but in this case that would be difficult. Accountability affects how children are taught for five years. A pilot would take at least that long – and that would be five more cohorts of children who would suffer the distorting effects of the current system. For that reason we will not be piloting the new system, which takes effect from 2016. We are, however, allowing schools to opt in a year early, if they would like to do so. Many have said that they will, recognising that the new system is a fairer approach.

The proposal has been universally welcomed. Graham Stuart, (Conservative) chair of the Education Select Committee described it as “an educational breakthrough”, while by his (Labour) predecessor, Barry Sheerman said it was “the best statement I have heard from a Minister since 2010”.

Independent experts agreed. To quote Loic Menzies again: “it is *the* most important (positive) change the Coalition is making in education.” One head described it as “a real game changer”, while another said “these new measures are challenging and fair”.

ASCL, the principal heads’ union stated that they had argued “for a change to this kind of measure for many years”. Even the NUT, who argue against quantitative accountability measures, described the changes as a “step in the right direction”, particularly welcoming “the move away from a ‘spotlight’ on pupils on the C/D borderline”. The Local Schools Network, who have been critical of most of the current government’s changes said that “this is one of the most well-thought out papers to come out of the DfE recently, asking the right questions and raising the right issues”.

The likely impact of these changes is large. University of Bristol academics looked at the effect of changes in the accountability system in Wales. They found that the abolition of accountability worsened grades in around three quarters of schools, to the same extent as increasing class sizes by 8 people. This is a large effect. The ‘5 A-to-Cs’ standard covered all schools in England, but in reality schools had little incentive to care about pupils who were not close to the threshold. The new system means that schools will have an incentive to care about the progress of these pupils as well. There are some 300,000 such pupils each year, and therefore we expect that these changes will improve the education of around this number of England’s children.