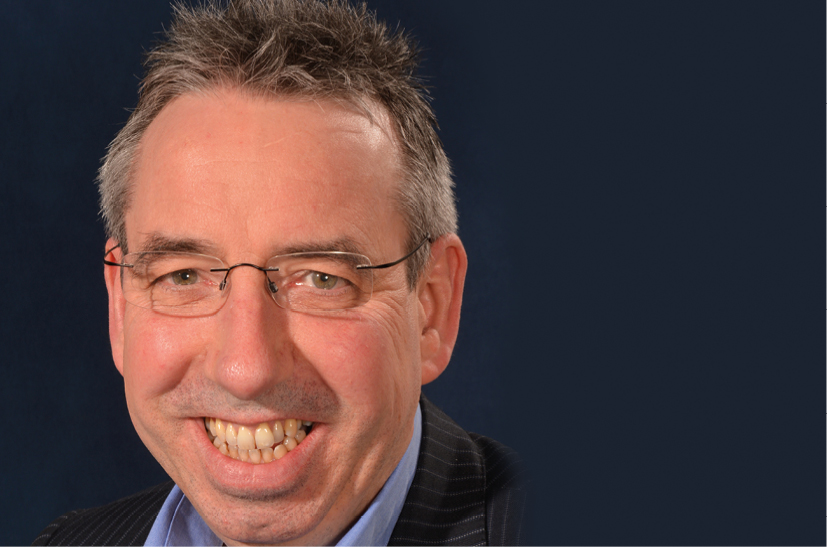 Trying to shift the nation’s attitudes to healthcare is an important, but difficult task. Civil Service Quarterly interviewed Duncan Selbie, who has a key role to play as Chief Executive of Public Health England.

“I’ll tell you a story by way of introduction...”

Duncan Selbie cares deeply about the mission of Public Health England: to protect and improve the nation’s health. And he tells a good story. So good, in fact, that Civil Service Quarterly has to wait twenty minutes to get a word in.

There is a lot to say about the restructuring of health responsibilities, and the creation of Public Health England in April 2013. But Duncan is clear that it isn’t the most important thing. What comes first is the public’s health.

Having joined the NHS aged 17, Duncan made his way up to become Chief Executive of a major psychiatric service, of a strategic health authority, and of an acute teaching hospital. But he doesn’t rely on his personal experience. Throughout the interview, he talks about ‘the evidence’.

“As a nation, politically, through the media, through our own selves if you like, we conflate good health with the role of the NHS, and it’s simply wrong. This is not a hug-a-tree moment; the science and evidence behind this is as strong as anything we do in clinical medicine.”

On a whistle-stop tour of key studies, Duncan talks about reports by Derek Wanless and Michael Marmot. If the nation is to be able to afford a top-quality health service in years to come, Wanless told us, people need to engage better in managing their own health. Marmot’s contribution was to reveal the power of social factors on our health.

“Marmot was making the argument, from the evidence, that there are many other things that drive good health before you get to health care. About half of everything that matters about length of life, and quality of life when alive, are the choices that people make. About a further third, the environment in which people find themselves, and there’s a genetic component as well, your start in life in the genes you inherit. But only after that do you get into the impact of healthcare itself.”

If Public Health England is to protect and improve the nation’s health, then it needs to work in new ways. And the evidence suggests this means influencing people’s choices and their environment.

“So if half of the facts affecting good health, length of life and life without misery in it, are the choices we make, health inequalities are largely driven by the width of your choices. And those that are wealthier, and are better off and have often had a better educational experience have wider choices.

“Who are the most relevant to people, who can reach them and make a difference? Well, it’s not us. Local government, the big retailers, the big corporates, the voluntary sector, they are reaching people the statutory services can’t reach, in relevant and meaningful ways.”

2013 reforms and the role of Public Health England

Public Health England has brought together experts from the Health Protection Agency, the National Treatment Agency for Substance Misuse and elsewhere as part of the Civil Service. At the same time the Department of Health has decreased in size as responsibility for the day-to- day running of the NHS has transferred to NHS England. This has shifted the emphasis from a health civil service focused on healthcare to one concerned with health more broadly.

Changes happened locally as well and Duncan argues that of the big changes that happened in 2013, the biggest was giving the 152 upper-tier and unitary local authorities the statutory duty to improve the health of their residents.

Given what Wanless, Marmot and others have shown about the importance of and the mechanisms for improving good health, this sounds like a small budget. But Public Health England is working to support the new arrangements in a variety of creative ways.

“One of our contributions is to publish the evidence on health issues, like with obesity. The Daily Mail runs it as ‘So-and- so’s the fattest place in Britain’, but we don’t do it to tell people they’re wrong, or to put local authorities in a league table, or to tell people what their priorities should be. That’s been tried before, and in any event local government don’t react well to being told what to do.”

They are also looking to use technology, and the behavioural sciences, to help make a difference.

“We need to find maybe four or five big corporates that are relevant to people — so Sainsbury’s, Tesco, Lidl, have millions of people on their databases — to reach people. So let’s say I went to Tesco on Sunday and I got a till receipt and it said I bought various things, and it said you’ve saved £2.21. I think Sainsbury’s do the same thing. What if we gave Sainsbury’s the algorithms, that they could personalise to their customer database, so they give their customer base advice about how they could improve their health. It doesn’t have to cost customers anything more, but it may help them make choices that are better for their health.”

Public Health England do a range of other things too. “We have nine or ten responsibilities which are unique. They happen to be with Public Health England, but they are unique for the nation. They are well-regarded internationally — we earn 40% of our income, about £175 million, through the science that we do and the services that we offer.” 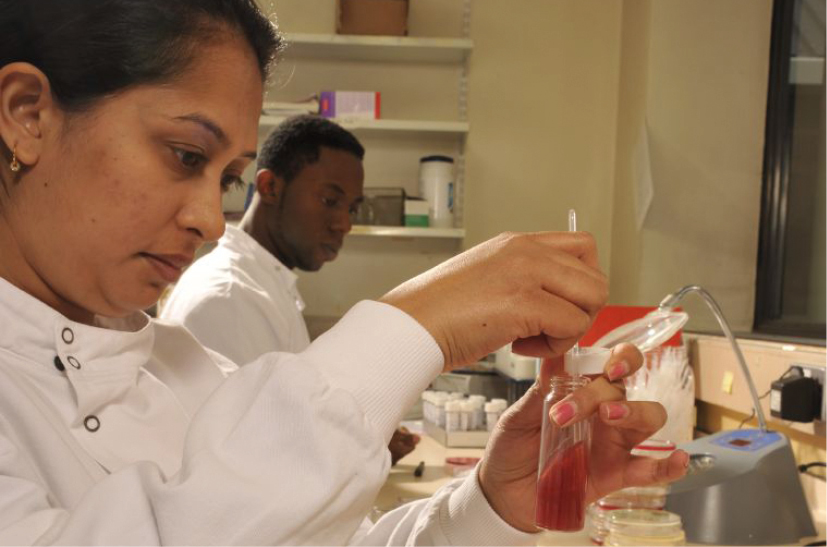 PHE as an organisation

Public Health England has a compelling mission (“what’s not to like about protecting and improving the nation’s health? I mean, honestly, it’s a cracker”), and motivated staff. That much is clear from the 2013 people survey results.

Equally clear, however, is that fact that this new organisation faces challenges of leadership, change management, and organisational purpose.

Duncan does not try to duck the issue. “I suppose what I'm supposed to say is: ‘Look, nine months in, we’ve just brought together 130 different organisational cultures — what can you expect?’ Well I expect a lot more than that. I was very concerned [about the people survey results], because we have such a compelling mission. What people have said is that they feel good about what they do, they feel they’re making a difference. It’s just this organisation...!”

Setting up Public Health England has been a difficult process. “I’ve got people on every conceivable term and condition. I wasn’t able to offer them access to the Civil Service Pension Scheme on any comparable basis, so they’ve been brought in on their existing terms and conditions, but the consequence is no pay rise. And if we thought the health service was an organisation that had rules about recruitment and procurement and the like, it’s as nothing. At some level, of course, it’s entirely understandable, because the Government needs to prove it’s dropping its costs; but this has been far from straightforward.

“A big part of it, and I’ll be completely blunt about it, is our scientists and public health professionals did not want to be in the Civil Service. Their perception of being in the Civil Service was to be constrained, to be suppressed. This is anathema to our people, who are used to having the freedom to speak and to publish. And to be told at the same time that you won’t get a pay rise...

“So we’ve put in months of effort to reach agreement about our freedom, to speak and to publish. The code of conduct for our staff incorporates the Civil Service code of conduct but it goes much further than that, and it enshrines as a contractual right for our people that they have a right, and ultimately a duty, to speak the truth. And no other organisation that I know of in the Civil Service has that enshrined as a contractual right.”

The weaving together of different terms and conditions, and establishing the new code of conduct are important structural points. But Duncan expresses himself strongly on the significance of ‘softer’ steps.

“Often organisations say ‘We care about our people, our people are our greatest asset’ — they take the usual words and jumble them all up. But it’s all rubbish, if you’re at the wrong end of it. Because you say that’s not what I think, that’s not been my experience.

“People don’t leave organisations because they’ve been asked to do too much work, or because of pay, they leave because of their manager. What matters to them is their immediate line manager. What I’ve got to do is create an environment and a culture based on a set of behaviours that are present in high-performing teams, organisations that do better.”

Not for the first time, Duncan emphasises what research has shown works. “One behaviour people search for is alignment between what you say and what you do. If you say ‘I care about X, Y, and Z...’ but you do A, B, and C, they know you don’t care about X, Y, and Z. But more importantly, they say ‘Well, if you’re not telling the truth about that, what else aren’t you telling the truth about?’

“Another important behaviour is ‘keep your promises’. Because the evidence says people expect you to. So don’t be cautious about making promises, just know that if you make one people expect you to try, even if you can’t deliver on everything you’ve promised.

“And the third behaviour, in no particular order, is ‘speak well of each other’. Someone is always listening. There are no secrets. I didn’t know when my mother said ‘If you’ve got nothing good to say, don’t say anything’ that she was quoting academic research; but this is straight from the evidence about high-performing teams.”

How are Duncan and his team going to make a positive difference to the behaviour of the organisation?

“I’ve got a big part to play in modelling these behaviours and saying what matters. You wouldn’t put me on the sofa on Daybreak to talk about obesity, or put me in a laboratory to have a good look at a tuberculosis case or, frankly, anything that involved our version of frontline care. But that’s not what I’m for. My job is to create a team capable of extraordinary things.

“So what I’m emphatically not saying is ‘It’s early days, what do you expect?’ I’m saying ‘It’s early days; blimey, this isn’t good’. We need to make it better. As part of this we’re trying a concept from John Lewis.

“The role of the registrar team in John Lewis is to be an assurance of leadership behaviour throughout the organisation. They are independent, autonomous, and report straight to the Chief Executive. They walk the floor, they talk to people — anyone can talk to them about anybody’s behaviour. Their job is to help the individual and, if necessary, intercede. John Lewis invest hugely in assuring the behaviours of their managers and their leaders.”

This is about winning

Duncan’s passion for his organisation, and that organisation’s mission, is clear. He paints a picture of what he wants Public Health England to be.

“We need to be fierce, and independently fierce. Not policy-makers, but informing policy. And being fearless about what we say — but not stupid.

“On standardised packaging for cigarettes, when the Government changed its mind and said ‘we’ve decided not to go ahead at the moment and wait for more evidence’, we were very disappointed. But my point about not being stupid is that having the evidence isn’t always enough, the timing also needs to be right. So we are delighted about the independent review of standardised packaging”.