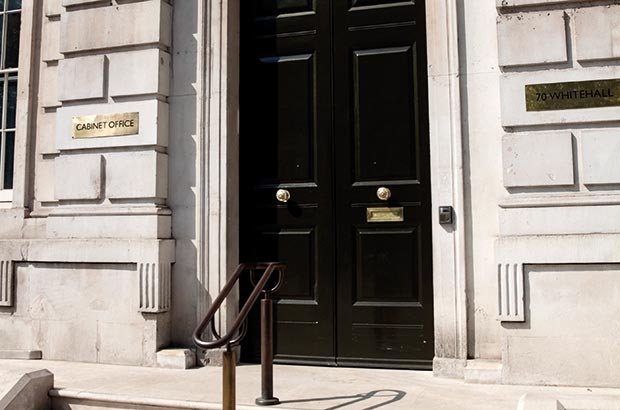 In the spring of 2012, implementation was hailed, depending on where people were coming from, as both the new paradigm of UK Government and its new buzzword. The Prime Minister and Deputy Prime Minister looked back on their promises, to each other and the public, in the rose garden two years before. They restated the need for the Government to roll up its sleeves to translate each commitment in the Coalition’s Programme for Government into tangible success on the ground.

Permanent Secretaries were already taking steps to make this happen. With their Non-Executive Directors, they were transforming their departments to be more businesslike: cutting back on new policy initiatives, bringing in skills from outside to help deliver their major projects, and focusing at board level on the biggest implementation challenges and risks.

Another strong signal of intent was the Prime Minister and Deputy Prime Minister's decision to set up the Implementation Unit (IU) in the Cabinet Office, to oversee implementation across Government, support departmental capability and provide informed, hard-hitting advice on specific implementation issues to those at the top. Under the leadership of Will Cavendish, this brought together all-of-Government implementation with the implementation of public service reform, through Open Public Services, and deregulation, through the Red Tape Challenge.

The birth of the IU may at first have raised eyebrows. It bore more than a passing resemblance to the Prime Minister's Delivery Unit (PMDU), which had been influential under Tony Blair but had not fitted the style or structure of the Coalition Government. But those in the know quickly spotted some important differences that would allow the IU to become influential in today’s Government.

In particular, it adopted a more flexible approach than its predecessor. PMDU rightly gained a global reputation for its insight across three core public services: health, education and crime reduction. But times have changed and this Government’s unwavering focus on growth, as well as wider social policy, called for a broader, more fast-moving implementation agenda, spanning more departments. From superfast broadband to accident and emergency waiting times; the two-year-old childcare offer to Right to Buy; the staff in the IU apply their skills across a diverse set of areas.

With a broader remit, prioritisation and clarity about the problems that need to be solved is vital. The IU works to an agenda set quarterly by the Prime Minister and Deputy Prime Minister. Although it regularly undertakes rapid analysis to meet ministerial needs, the IU’s main work is to undertake six to eight week ‘deep dive’ reports that aim to get right to the bottom of thorny implementation issues. These build on many of the techniques developed by PMDU.

Week 1. A deep dive begins with one or two simple questions, usually focused on an implementation concern, e.g. does the experience to date of local areas suggest that a given programme is going to meet its stated ambitions? What are the barriers and how can they be overcome?

Week 2. Ensure that all stakeholders are clear about the purpose of the deep dive — it is really important that everyone agrees on the issue and is bought into jointly solving any problems.

Week 3-4. Conduct a full programme of fieldwork with stakeholders, interviewing people at every stage and every level of implementation, ensuring a broad, representative sample. This might entail national-level interviews as well as day-long visits. Bring this together with a substantial programme of quantitative desk analysis, using a variety of public and other data sources.

Week 7. Discuss with ministers and those leading implementation to turn the recommendations into action.

After. The agreed action is always followed up, to retain ongoing sight of implementation. Support is available when it is needed.

When the IU was created, there was nervousness in some quarters that this could signal a return to top-down government, going against the drive to devolve responsibility to the lowest possible level. Some departments were initially fearful that the IU would be another central unit imposing burdens and scrutinising their every move. Instead, from the outset, the IU has consciously tried to work alongside Whitehall colleagues and delivery partners to support implementation efforts. Fieldwork visits are often conducted jointly, recommendations are developed collaboratively and every deep dive report is shared in full with the relevant departments. The fact that some departments are now creating implementation units of their own suggests that, although the IU way of working can sometimes challenge departments, they recognise its value too. As a Director in an arm’s length body recently said to me, “I have to admit you were persistent in getting at all the facts, but it has been really helpful.”

Another area of difference is the IU’s oversight of Departmental Business Plans. The previous Public Service Agreements, led by PMDU, were lauded for their attention to detail and alignment of inputs, actions, outputs and outcomes, but the corresponding bureaucracy frustrated many of those striving to reform public services. In place of this complexity, the Business Plans present the Government's simple to-do list of policy commitments and implementation milestones, with progress reported to the public in real time, through the No. 10 website. Over the course of the first year of the IU, a streamlined, digital back-end system was developed. This digital system has helped to reduce the requests for information that the IU needs to make. With less paperwork, departments' boards are able to be more business-like, and to prioritise their own activity – without losing focus on the Government’s core commitments.

Solving problems at the front line

At the heart of the Government’s approach to implementation is an emphasis on generating and using evidence. User feedback is now central to the NHS, with the introduction of the Friends and Family Test in every ward. More than 1.6 million patients responded in the first year: 25 times more than completed the National Inpatient Survey in 2012. The IU itself has a team of analysts who ensure that the highest standards of evidence and insight feed into its work. These days the use of open sources, What Works insight and big data analytics sit happily alongside more traditional data requests.

There’s a strong focus on frontline intelligence – civil servants and ministers venturing far beyond Whitehall and systematically interviewing service users, public-facing staff and managers. Asking simple questions, finding out what's getting in the way of implementation and bringing back sharp messages to those with the power to unblock issues. More often than not, the problems and solutions are disarmingly obvious but the message just hadn't been getting through.

The ingredients of good implementation

Last year, when the IU looked back on the factors that most often stand in the way of good implementation, it found they were basic things like management information, organisational silos, commercial understanding and communications. Each of these areas is now being addressed as part of civil service reform.

What to avoid: some common implementation pitfalls

Good implementation is not rocket science. It's about doing all the basics well, like focusing properly on implementation at the policy stage, looking through the lens of the consumer and knowing what’s happening on the ground. That’s always easier said than done but the Government’s focus on implementation is paying dividends. Take the Troubled Families programme, which has helped transform the lives of tens of thousands of the hardest-to-help families, with children back in school, youth crime and anti-social behaviour reduced, and more adults in continuous work. Then there are the hundreds of new free schools and academies, and the broadening of access to higher education and apprenticeships. And the continued focus on growth has seen real progress through a wide range of programmes including New Enterprise Allowance, start-up loans, Right to Buy, Help to Buy and rural broadband.

As we move into the final year of the parliament, civil servants remain focused on making policies happen, improving services for the public and running them more efficiently. This focus will still be there, just as strongly, in the next parliament.

Five things you can do to improve implementation