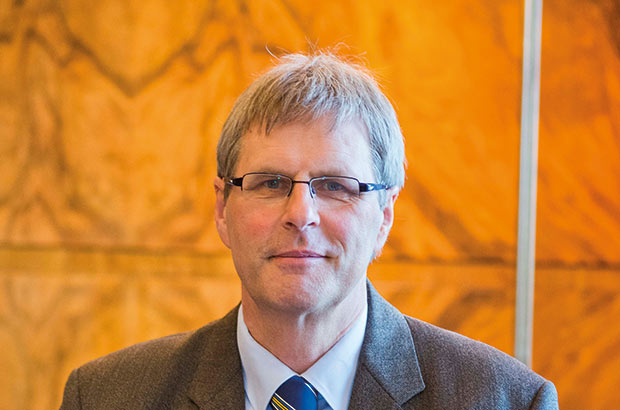 We are currently in a rich period of organisational reform. The Civil Service Reform Plan is redrawing relationships within and between departments in Whitehall. And within the Civil Service supporting the Scottish Government, we continue to develop capability to deliver the outcome-focused programme of the Government.

In public services, there are important differences in policy apparent between the two administrations, requiring different organisational forms and cultures to affect their delivery. This affords excellent scope for mutual learning across the Civil Service and beyond. So to whet the appetite, let me offer a quick sketch of where we are.

Health warnings. We are keen to learn and do not over-claim, either on service performance or outcomes – the challenge of making it happen consistently, over diverse geographies and over time is immense. But we can already point to successes and positive trends which give us confidence and sustain our ambition.

Is it simply a function of scale? Can Scotland do all this because of the immediacy of its key relationships? They certainly help, but we find our many visitors these days asking deeper questions about a shift in the cultures of professionalism across public services in Scotland.

So how did it happen? We serve the government of the day and drawing on its roots outside the established polity, the Government elected in Scotland in 2007 laid down an approach which valued public services and public servants. It had a strong orientation toward communities and voluntary effort – with a clear sense of ‘civic Scotland’ in all its diverse forms across the country. Thus it was not a ‘statist’ approach, or one whose orientation was formed by, and focused solely on, the more densely populated ‘central belt’ of Scotland. It set its approach in the context of national ambition and renewal, and drew inspiration from governments and administrations beyond Scotland and beyond the UK. It wanted a new relationship with local Government and set its face against the then-prevailing wisdom of New Public Management.

This shift had recognisable roots. My predecessor John Elvidge worked with colleagues to develop a culture of adaptive leadership within the Civil Service, and with First Minister Jack McConnell on the potential for a shift in the pattern of more holistic organisation in the Scottish Executive.

This direction was set in a new matrix for the Scottish Government authored by Cabinet Secretary John Swinney in 2007. It was based on a single statement of the Government’s purpose with a description of the Government’s objectives in terms of measurable national outcomes, and a system for tracking and reporting on performance. The command structure was simplified in the political sphere and in the Civil Service there were fewer senior roles in a more unified structure, replacing departmental silos with more variegated lines of political reporting.

This formed the basis for a Concordat with local government – with a stated Government intention to ‘stand-away from micro-managing thus reducing bureaucracy and freeing up local authorities and their partners to get on with the job.’ We saw the introduction of the Single Outcome Agreements with Community Planning Partnerships bringing together public and third sector service providers. These were set against the National Outcomes which replaced a range of sector-specific targets. Ring-fenced grants to local government were abolished and other steps were taken to move away from the rigidities and perverse incentives of New Public Management. We saw rationalisation and alignment of arms length bodies around the Government’s purpose.

The fundamentals of this approach have endured and found important cross-party endorsement in the Scottish Parliament and international attention. Its on-going evolution is seeing a greater emphasis on ‘asset-based’ approaches to build on and extend the resilience of individuals, families and communities. This is seen not only in community grant schemes and devolved budgets, but also in recovery programmes for those seeking to exit drug use which draw on the resources and potential of those in recovery themselves to assist others on the journey. Community resources can be mobilised to support the lonely and vulnerable, with many such as befriending and walking groups requiring no professional inputs. Those responsible for statutory services in Scotland are increasingly looking to complement and extend services in these ways. 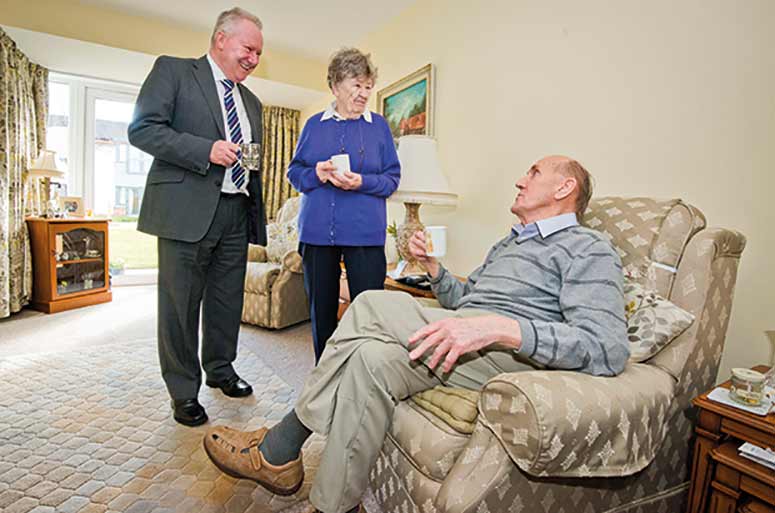 Beneath this is a recognition – owing much to Harry Burns, until recently the Scottish Government's Chief Medical Officer – that the fundamentals of human wellbeing that underpin health lie in fulfilling personal relationships and in lives with a sense of coherence and purpose. Services and budgets need to focus on those at risk from the pre-natal stage onward, and to nurture and extend networks across vulnerable communities and groups building on and strengthening their assets and confidence, and thereby their resilience.

The Scottish approach is about public services, with a dynamic that goes well beyond the public sector. Glasgow Housing Association’s approach to empower its staff to respond to tenants' needs, and the survey of asset-based approaches in communities published by the Centre for Population Health in Glasgow are two examples of something that feels a significant force and direction of travel across voluntary and community bodies as well as in Government.

Leadership is crucial. You can, famously, get everyone in Scotland in the same room, but this is not simply a matter of scale. As my colleague Ken Thomson (Director-General for Strategy and External Affairs in the Scottish Government) put it “When we face a bigger challenge, we hire a bigger room”. The Early Years Collaborative brings together those leading the drive to make Scotland the best place in the world to grow up. Their 900-strong learning sessions are held in a rock-concert venue, with energy and creativity to match.

Networks like these form a part of the ‘collaborative infrastructure’ in Scotland and their reach is important, for the Scottish approach often runs against the grain of both professional sovereignty and organisational autonomy. This sense of collective endeavour and the sharing of experience is the basis of the work of the Scottish Leaders’ Forum, a cross-sectoral network focused on nurturing these forms of collaboration. It, too, meets in a bigger room: the conference centre attached to the Golden Jubilee National Hospital in Clydebank, brought in to NHS Scotland from the private sector in 2002.

This collaborative infrastructure matters more than we may realise. To orient formally-organised and structured organisations, each with strong duties on accountability and the use of public money, to the ethos of co-production and an asset-based approach, is ground-breaking work. It challenges traditional roles and assumptions. To achieve outcomes, not just activity and outputs, an organisation has to think, plan and act differently – about its resources, programmes, staff, management and governance and, crucially, how it works with others and with the communities it serves.

This is seen nowhere more clearly than in relation to the workforce. This new way of working both gives more opportunities to, and places greater demands on, frontline staff. In this environment, a care worker for example needs to be able to work flexibly and responsively as part of a spectrum of support orchestrated by the user, often with carers and staff from voluntary organisations. Frontline staff typically relish these challenges, but have often had to use initiative and guile to square the practical demands of their work with management requirements and processes particular to their organisations.

Set within a genuine partnership context with the trade unions and professional bodies, important work is underway at national level and in localities to align systems and processes, and also to recognise the power and potential of the workforce as innovators, both in terms of process efficiency and in service improvement.

The improvement of services in Scotland is increasingly benefiting from the evidence-based and consistent methodology pioneered by the NHS in Scotland in its Patient Safety programme. These approaches are being brought to scale in the Early Years Collaborative which involves all 32 local authorities and their partners, and are increasingly part of development programmes for staff at all levels in a variety of organisations.

The distinctiveness of the Scottish approach was recognised in a Carnegie Study2 which found that “Scotland was the only jurisdiction where we were able to clearly observe a strategic approach and trace it to a series of cross-cutting policies.”

But does it work? Satisfaction levels with public services in localities have risen. In health and across a wide range of services we are seeing measurable improvements in both outcomes and the closure of equality gaps. We see positive data on school attainment and pupil destinations and a reduction in exclusions; better use of social worker time and improved outcomes for children looked after; significant improvement in oral health amongst children; reductions in delayed discharge from hospital, in hospital-acquired infection and in standardised mortality rates. These encouraging data stand alongside wider social outcomes such as the significant reductions in crime latterly, in youth unemployment and in the misuse of drugs and alcohol. As part of the National Performance Framework, the data are published and updated on “Scotland Performs”, www.scotlandperforms.com.

The list could go on. But we do not over-claim. Many of the issues we are dealing with are chronic problems with deep roots, and sustained improvement requires persistence and determination. There are also important questions of methodology – how do you get this job done? Governments – of whatever stripe, now and in the future – wwill look to civil servants in Scotland to answer that question – to know what works. It is non-trivial. Securing sustainable improvement in public services requires an understanding of the complex interactive systems and hugely-varied environments in which they are produced and consumed. Dialogue around the approach in Scotland and the distinctive approaches elsewhere can only aid the cause.

It is for these reasons that we have deepened our policy engagement within the UK Civil Service, seeking out new relationships and sources of learning to our mutual advantage.