The assertion that keeping the country safe and secure is the first priority of any government has been a commonplace of political discourse for generations. Yet it was only ten years ago that a Prime Minister, David Cameron, took the significant step of establishing a powerful body responsible for co‑ordinating the responses to any dangers that British citizens might face.

Successive premiers had attempted to re-engineer the machinery of central government, in pursuit of the best arrangement of resources and personnel to meet the threats facing the UK. When first mooted by Cameron and a group of his policy advisers (including Baroness Pauline Neville-Jones, a former head of the Joint Intelligence Committee) the idea of a central body to co‑ordinate all the power a PM can summon to protect national security was met with cynicism in certain quarters. One official commented that the idea of “instant cross-Whitehall coordination in a crisis was a dream, and would remain one”.

In 2010, the then PM presided over the first meeting of the National Security Council (NSC), appointing the highly regarded Sir Peter Ricketts, then Permanent Undersecretary at the Foreign and Commonwealth Office, to the new role of National Security Adviser (NSA), based in the Cabinet Office.

The first item on the NSA’s agenda, unsurprisingly, was to review terror-related threats to the British mainland, followed by a discussion about the stability of Afghanistan and Pakistan.

Around the table were a cast of political heavyweights, the Chancellor, the Foreign Secretary, the Home Secretary and the International Development Secretary. However, the then PM made it clear that the council would be able to summon to its weekly meetings virtually anyone qualified to contribute to its purpose of defending the country.

That would, of course, include representatives of the Armed Forces and the heads of the main intelligence agencies, MI5, MI6, GCHQ and DI (Defence Intelligence), who could share the latest reports with ministers, all of whom would have signed the Official Secrets Act. Not that even that level of security could prevent alleged loose talk – in April 2019 an inquiry was ordered into the leaking to the Daily Telegraph of a decision by the NSC to allow Chinese tech giant Huawei to bid for ‘non-core’ elements of the prospective 5G mobile communications network.

At the time, the creation of the NSC was supported by the Labour Party, with the Shadow Defence Secretary, Vernon Coaker, stating: “we support its foundation… and it is vital that we see the NSC deliver the long‑term strategic direction for which it is established.”

From its first meeting, the NSC set about establishing a national security strategy that enshrined three core principles: the protection of the citizens of the UK; protection of its global influence; and the promotion of its prosperity.

A decade later, the NSC – and the supporting National Security Secretariat (NSSec) – is viewed as the perfect case study of how, within an enviably short time from concept to implementation, and in a constantly changing political climate, the centre of government can adapt to meet its responsibilities and effectively coordinate a key area of policy.

One former senior intelligence official has described the creation of the NSC as “like the lights coming on; because it was very difficult under the previous arrangements to necessarily detect what decisions, if any decisions, were being taken on a number of issues, and the thinking that led to those decisions was even more opaque.”

A Civil Service report on the NSC found that, “in terms of regularity of process, frequency of high-level ministerial and official attendance at meetings, and focused secretariat support, it has brought greater clarity to a broad range of national security policy issues.” The review concluded: “The NSC demonstrates the potential benefits of a ‘strong grip’ at the centre and the ‘halo effect’ of consistent prime ministerial investment of time and effort in committee work.”

It is widely acknowledged that the NSC owes its success, in no small part, to the quality of its National Security Advisers, beginning with Sir Peter (now, Lord) Ricketts, and continuing with Sir Kim Darroch and the present NSA, Sir Mark Sedwill, who is also Cabinet Secretary.

Before Cameron’s initiative, his predecessors had grappled for over a century with similar problems of security coordination. Several had experimented with different combinations of senior official appointments to deal with the responsibilities of national security (which, broadly, encompass defence, intelligence, foreign affairs, internal security and civil contingencies).

Long-serving prime ministers, like Margaret Thatcher and Tony Blair, had begun to favour smaller, less formal, circles of national security advice and decision-making. For each premier, the Civil Service had to be ready to recalibrate arrangements for providing the necessary support, and to stand its ground in arguing that each step away from formal committee processes could jeopardise clarity and transparency within government.

Today’s NSC, aided by its well-resourced secretariat, is a world away from how national security was handled a century or so ago, when it was merely an item to be raised at Cabinet meetings. In their early days, such gatherings functioned without minutes and could be long, rambling affairs, ministers departing with little idea of what had been decided. Their private secretaries would then have to correspond in an attempt to clarify the details. For example, an appeal to one of Gladstone’s secretaries stated that ‘there must have been some decision… My Chief has told me to ask you what the devil was decided, for he be damned if he knows.”

Arthur Balfour was the first PM to suggest that the areas of foreign and defence policy should be treated separately from domestic matters at Cabinet. In 1904, he formed the Committee of Imperial Defence (CID), a precursor to the NSC. The secretariat of the CID, under Sir Maurice Hankey, provided the basis of the Cabinet Office, which was created in December 1916 – with Hankey as the first Cabinet Secretary – to facilitate collective Cabinet decision‑making. Hankey held both secretaryships until 1938.

Having been tweaked by subsequent PMs, including Asquith and Lloyd George, the CID continued to develop until the outbreak of war in 1939, eventually becoming known as, simply, the Defence Committee. As with the NSC today, other ministers attended these meetings at the prime minister’s behest, as appropriate to the subjects under discussion.

Incidentally, in terms that may still resonate today, the CID’s first head, Sir George Clarke, recognised the challenges to any prime ministerial adviser facing competing departmental centres of power and influence. He lamented having to operate by “the gentle pulling of strings”, rather than “being able to speak with power”, given his status as a “mere” civil servant.

A significant change came in 1968, with the appointment of a Coordinator, bringing a senior security official into the Cabinet Office to assist the Cabinet Secretary with his intelligence‑related responsibilities, including reviewing the agencies’ performance and scrutinising their annual bids for budget allocations.

Another tweak, after the 11 September 2001 terrorist attacks, was the appointment of Sir David Omand to a new role as Security and Intelligence Coordinator, to oversee both the intelligence agencies and the Civil Contingencies Secretariat.

At times, intelligence and policy became too close. The 1983 Falklands Islands Inquiry, and the 2004 Review of Intelligence on Weapons of Mass Destruction, stressed the need to uphold the independence and objectivity of intelligence assessment. 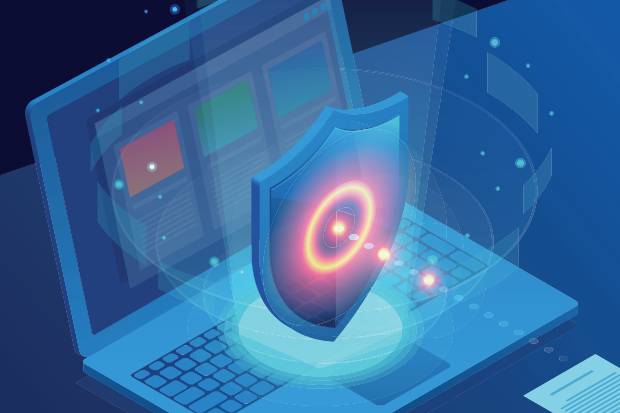 The council continues to meet weekly when Parliament is in session. The usual procedure is for papers to be taken on two subjects, with short presentations followed by a discussion on each. Ministers who are not standing members of the NSC are invited to attend, as necessary, to discuss issues affecting their departments.

The council adheres to the National Security Strategy, which states four main security challenges for the UK for the coming decade:

The strategy sets out a number of other risks: civil emergencies; major natural disasters overseas; energy security; the global economy; and climate change and resource scarcity.

During its first ten years, the NSC has delivered collective decision-making and strategic oversight on everything from terror attacks in London and Salisbury, to military deployments in Afghanistan and Libya.

Ultimately, the NSC will be judged on whether it has improved the effectiveness of national security decision‑making. Is the UK safer – or, at least, are its leaders making better-informed and more timely decisions on security – because of the NSC?