Finland’s former Ambassador to the UK argues that her country’s consistently good performance in various international rankings stems from its well-functioning public administration, based on values such as equality and transparency.

Finland's modern and functional governance model is the result of a long historical development.

The country established its own public administration in 1809, in connection with the transfer from Swedish rule to the Russian Empire as an autonomous Grand Duchy. As a result, by the time Finland acquired its independence, in 1917, it already had a century’s experience of running its own administration, and had built long-term links with wider Nordic administrative culture.

At the start of the 20th century, though Finland had its own national economy, currency, parliament, education system and cultural life, it was still one of the poorest and most agrarian countries in Europe. Therefore, the country’s transformation from a modest developing economy to one of the world’s wealthiest, happiest, modern nations is a great success story.

Finland’s reinvention was enabled by a strong societal commitment to equality, a problem-solving mindset, transparency and consensus-based political decision-making, even in times of crisis. It also aimed to provide high-quality education for all.

We are now facing many of the same challenges as other European countries: climate change, demographic change, urbanisation, technological change, falling trust and the risk of growing inequality. However, those same principles continue to form the basis of our society and our public administration. As such, Finland’s response has been to work systematically towards equality, while focusing on sustainability and ensuring a secure and stable society.

Trust keeps our society together

Trust counts as important capital in Finnish society. Strong traditions of trust building have helped Finland reach consensus on how to address many major policy challenges in the past. Citizens’ confidence in government in Finland is still among the highest of OECD countries, though it has decreased since the financial crisis.

Firstly, simple things like Finns being able to interact directly with one another, and aiming for everyone to have equal opportunities to succeed, are examples of how equality supports trust.

In terms of gender equality, women have long been active members of society. In 1906, Finland was the first country in the world to grant all women full political rights, including the right to vote and stand for elections. In the new parliament elected in April 2019, 46% of the MPs are women. However, equality goes far beyond issues of gender. It also concerns equality between different socio-economic groups, minority rights and regional equality.

Secondly, an effective and inclusive education system helps the Finnish public to understand and evaluate the decision-making processes, strengthens their media literacy, and enables them to safeguard their rights as citizens. Therefore, the basis of equal opportunities and participation has always been to provide access to high-level education for all.

Thirdly, public administration needs to be open, transparent, inclusive and comprehensible for citizens to trust it. Transparency and openness of information also helps fight corruption, and ensures that citizens and civil society can contribute to the development of society. Free and independent media, and responsible journalism, are also crucial in informing citizens and monitoring how the principle of transparency works in practice.

These elements still require determined, efficient and persistent effort and deliberate decisions as we tackle new and emerging challenges.

Continuing to engage citizens in the ongoing development of society supports trust and confidence. Finland has a strong civil society and a well-anchored tradition of participative decision-making, which includes a wide range of groups, including NGOs and businesses. However, citizen participation remains a challenge – though it must be mentioned that at Finland’s parliamentary election this spring, voter turnout was the highest since 1991, at 72%. 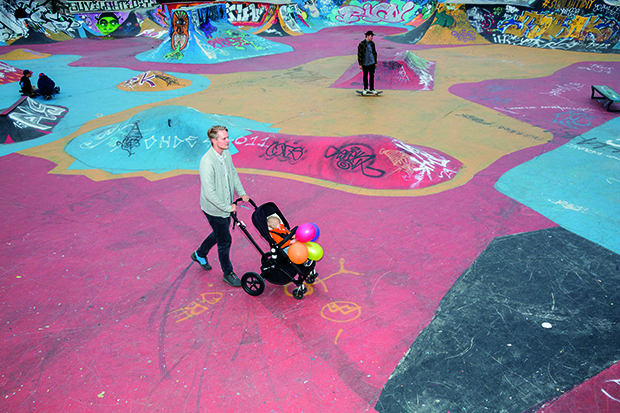 Public administration enhancing the core values – and constantly improving itself

Equality, education and transparency are conspicuous core values in the Finnish Civil Service.

Finland employs a little over 70,000 central government personnel, of whom around 49% are women. In the Finnish Foreign Service, women make up about 45% of ambassadors and over 50% of the 560 diplomats.

Civil servants are well educated. Over 33% of central government personnel have a Master’s degree or higher qualification.

Finally, the principle of transparency in Finland goes back to 1766, when Sweden, of which Finland was then part, became the first country in the world to implement an Act on the openness of administration. To ensure a high level of trust, government structures and practices must be known and understandable to citizens.

The Finnish public administration has invested in communication activities including publishing information online, engaging with citizens on social media and encouraging all civil servants to take media training. It has also created participation services and electronic tools to support open discussion of policy issues and how they are to be tackled. Online services are collected under one portal, Demokratia.fi, which also provides up-to-date information on the stages of policy decision-making and law- drafting.

Finland has well-developed research and analysis practices, both to ground new policies in evidence and to continuously analyse whether existing policies are effective and relevant. Research-based experiments are key in innovative public administration. The Government has been promoting an experimental culture, which can promote both efficiency and empowerment. During the past few years, Finland has been experimenting with, for example, basic income, digital solutions and local services.

International co-operation – sharing experiences and learning from each other’s expertise – can be key for successfully tackling the challenges we face. Finland and the UK have collaborated successfully in many areas, from gender and human rights issues, to climate and international security – and we should extend this to co-operation in the field of public administration.

Sustainable development is both a necessity and an opportunity. Finland is committed to achieving the 17 Sustainable Development Goals of the UN’s 2030 Agenda. This can only be done by co-operating extensively with civil society organisations, companies, educational institutions, research institutes and the public.

Finland’s sustainable development approach has succeeded in involving different societal groups, and a recent inquiry found that an ambitious climate policy is widely supported by Finns. Of the respondents, 75% considered climate change mitigation an important goal, and 65% that Finland must continue efforts to reduce emissions, independent of what other countries are doing. Climate issues were also widely debated in the parliamentary elections in the spring of 2019.

The principles of sustainability and combating climate change must be promoted in all sectors of society but, even more importantly, they need to be applied in practice. Finland has a medium-term climate policy plan to 2030 and an Energy and Climate Strategy, but the Finnish public administration is also committed to playing its part in combating climate change.

The Finnish Government aims, for example, to reduce its carbon footprint by a fifth by 2026. Climate change policy will be one of the key themes when Finland assumes the Presidency of the Council of the European Union in July 2019. And sustainability will be factored into all meeting arrangements, projects and materials.

For the Government’s efforts on climate change mitigation to yield results, it is important to ensure that individual citizens have the ability to make climate-friendly choices easily in the course of their everyday lives.

In 2018, the Government launched a new service to help citizens combat climate change and promote sustainable development. By using the Commitment2050 website, anyone can calculate their personal carbon footprint and draw up a personal plan to reduce it. The site has increased citizen’s knowledge of their impact on the environment and understanding of the importance of individual choices. It is an innovative way to engage wider society in climate action and implementing the UN 2030 Agenda for Sustainable Development.

• The most stable country in the world, according to the Fragile States Index

• The best governance in the world, according to the Legatum Prosperity Index 2018

• Finns consume more coffee per head than any other nation

• Finland has the third-least corruption in the world, according to the Corruption Perceptions Index

• For the second year in a row, Finland ranked as the happiest nation in the World Happiness Report in 2019

• Fourth most gender-equal country in the world, according to the World Economic Forum

• Second best country to be a mother, according to Save the Children

• One of the world’s most literate nations, and among the most enthusiastic users of public libraries

Finland and the UK

• Finland and the UK celebrate 100 years of diplomatic relations this year. The UK formally recognised Finland’s independence on 6 May 1919

• Finland and the UK have co-operated closely in international forums, especially on gender, human rights, climate and international security issues

"The British Embassy in Helsinki is delighted to celebrate the milestone centenary of diplomatic relations throughout 2019.

"Finland has always been a strong partner for the UK in trade, culture, education, research and on many global issues. The ties between our countries were first established almost 1,000 years ago, well before Finland joined the EU in 1995, and will continue long after the change in our relationship with the EU through Brexit. The patron saint of Finland was English. Finland’s first factory was founded by a Scot. We have a similar sense of humour and a common national resilience.

"The UK and Finland share key values that drive our international vision and domestic agendas: equality of opportunity, a belief in democracy and human rights, the rule of law, and free trade, to name a few. We are both at the forefront of technological and societal invention in meeting the many challenges and opportunities of the 21st century, from climate change, to artificial intelligence and an ageing population. We continue to stand shoulder-to-shoulder to defend the rules-based international system against all those who would seek to undermine it.

"Hundreds of thousands of Britons and Finns have decided to live, study and visit each other’s country over the last decade, and the numbers are growing. These people-to-people connections are our most precious link. The UK will continue to offer friendship and assistance to Finland into the future, including during its EU presidency."