Popular culture typically takes futuristic ideas to an extreme. The depiction of robots and robotics is no exception. Robots have been staples of science fiction for decades. Frequently, they are shown as warnings of a dystopian future where human beings are either relegated to the status of decadent, passive consumers, or ultimately become slaves to the very machines they've created to serve them.

This fiction is, of course, far from the reality. The truth is that robots and robotics are with us now – and have been for some time, revolutionising the way we work by bringing speed, accuracy and efficiency to certain mass, repetitive tasks.

Robots and robotics could significantly change the way the Civil Service operates, too, and help us serve the public better.

John Manzoni, Chief Executive of the Civil Service, outlined the challenge and the opportunity in a speech in January on Civil Service transformation. He said: “We aim to be the best Civil Service in the world. A brilliant Civil Service producing 21st-century solutions that make a real difference to the lives of the people we serve.”

He has specifically highlighted the part robotics and robot technology can play in creating this brilliant Civil Service, saying: “Many of our [government] services will begin to benefit from the huge potential of robotics – or, more accurately, robotic process automation (RPA).” Adding: “In speed and accuracy of response, RPA could transform the experience of citizens registering for services, or applying for grants of benefits.” 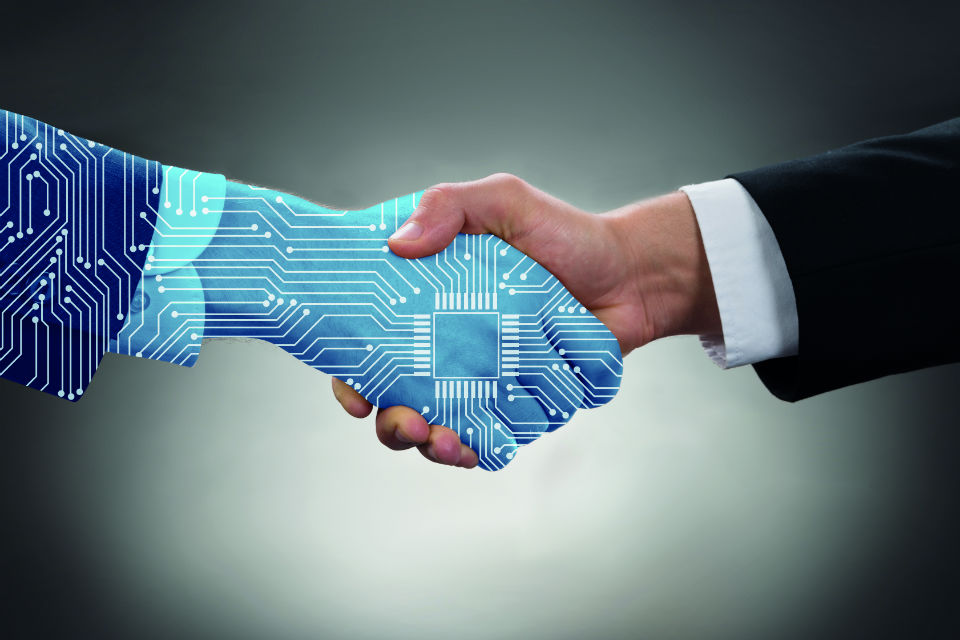 What is Robotic Process Automation?

RPA uses special software to automate routine clerical work, such as data entry into a system.

In RPA, a software 'robot' reproduces the actions of a person interacting with the user interface of a computer system. It mimics a human and interacts with applications in the same way that a human would.

RPA is now considered to be sufficiently developed, resilient, scalable and reliable to be used in large organisations.

At the moment, government is behind other clerically intensive industries that have already adopted RPA. But this means we can learn from their experience and from the example of early adopters in government, principally HM Revenue & Customs (HMRC).

Modernising our IT estate is a long-term Civil Service aim, but RPA can bring business benefits in a single financial year.

The benefits come because government is a heavy user of older, legacy, IT systems. Some of these systems are 40 years old and likely to stay in use for a little longer yet. While most departments have plans to replace or are already replacing or re-engineering these systems, for some it is unviable – the need for the systems will disappear before any investment could be recovered. Many other systems will still be in use well into the next Parliament.

Government also has a large clerical workforce. Many of them work routinely with these legacy systems. Sometimes they might have to use several systems to complete a task. And some tasks require ‘re-keying’, that is, reading information on one system and typing it into another.

RPA gives the opportunity to either reduce the time taken on individual tasks or, in some cases, to automate the tasks altogether. As an example, a survey by HMRC found 130 different tasks with high potential to benefit from automation.

Improving the way we work

Automation gives us the potential to reduce the need for agency and other temporary staff to handle peak workloads. It also means we could divert staff to other tasks with higher ‘value add’, like direct contact with customers. Further, it means we could automate some customer contacts altogether, and reduce training times and error rates in other tasks.

Overall, RPA holds out the prospect of improving the way civil servants work. It can create more time to spend on customer-facing work, enhancing jobs by making it easier to find relevant information and to complete tasks. RPA will replace roles but it shouldn’t necessarily replace jobs.

RPA is already being used in government, with HMRC at the forefront of the automation revolution. The department has been working with robotics for a number of years and has deployed over 11,500 robots across nearly 60 processes, including its system for registering new employers.

RPA in action in HMRC services

Dashboards give information and guidance straight to advisers’ computer screens. They use robotics to open files automatically from a number of different systems, so advisers can answer customer questions quickly and accurately. This can cut customer call times by up to 2 minutes.

For one of the dashboards, advisers previously had to use 66 mouse-clicks to navigate different systems for relevant information. They can now do this in 10 clicks. Making this process easier means allows advisers to focus on other things, such as quickly identifying customer details, in order to provide the correct guidance.

Robotics is used in the employer registration process to validate data from online applications and provide a unique reference number to new employers, so they can start employing staff for the first time.

If problems with the application are detected, robotics assigns cases to an ‘exceptions handling’ team. Around 85% of applications are processed automatically, and employers who register with HMRC to start paying staff receive confirmation three times faster than before. Automated services like employer registration reduce processing costs by around 80%.

Building on HMRC’s successes, and drawing on their expertise, the Cabinet Office recently set up a Centre of Excellence (CoE) to accelerate the take-up of RPA across government. The CoE has been established in partnership with Capgemini, with the aim of educating civil servants about RPA and helping departments take their first steps in developing an RPA capability.

If you are interested in learning more about the RPA Centre of Excellence, you can contact us at RPACoE@cabinetoffice.gov.uk.

As well as delivering tangible results in the short term, RPA plays a role in building the digital government of the future. RPA tools are already beginning to bridge into other technologies, like optical character recognition or chatbots (programs capable of interacting with people – in a ‘conversation’ – in text or audio form). Used correctly, these can help government optimise services and processes.

However, we must bear in mind that, while robotics specifically, and artificial intelligence in general, can be an incredibly powerful technology, it is not a silver bullet. It will not solve problems in a fundamentally inefficient or flawed process. It is one of many available tools and needs to be the right one for the job. The correct alternative may be to redesign or even scrap the process.

We should be open to new, smarter ways of working, but if we develop digital technology in the wrong way, or try to use it in the wrong place, it will not deliver the expected advantages and value.

In terms of benefits, the key consideration is that, while RPA will allow business areas to make a process more efficient (i.e. require less effort), it is up to the business what to do with the resulting 'benefit'.  This could include redeploying people to more value-added work. RPA won't save money on its own.

However, by using technologies such as RPA in the right places and in the right way, we can continue to make sure that civil servants are working efficiently and effectively and in rewarding roles. And we can build a brilliant Civil Service for the future.

To help raise awareness, we are hosting a week of RPA events – Automation Week, 16-20 April 2018 – where we will share our experiences, introduce some of the RPA vendors and deliver a series of mini-workshops on how to get started. Anyone interested in attending the events, or learning more about the Centre of Excellence, can contact us at RPACoE@cabinetoffice.gov.uk.