The European Union Common Fisheries Policy had failed. Neil Hornby, Head of Sea Fisheries at the Department for Environment, Food and Rural Affairs, tells how the UK helped turn that failure round.

"For years people said the Common Fisheries Policy was beyond reform. In Britain we have seen our fish stocks depleted and profits diminished, while our fishermen have been tied up in bureaucratic knots.

Yet in June we led the way on a historic agreement that will transform fishing practices across Europe, and end micro- management from Brussels, massively benefiting our fishing industry and our marine environment too."

Fish and fishermen have been making headlines ever since the ‘Cod Wars’ in the 1970s. Fishing was in the news again last year, following the UK’s successful campaign to reform fundamentally European Union (EU) fishing policy, and achieve greater decentralisation from the EU to Member States.

The campaign was led by a team of policy professionals, lawyers and scientists from the Department for Environment, Food and Rural Affairs (Defra), working closely with civil servants from Scotland, Wales, Northern Ireland, and UKRep (the UKs Representation to the EU in Brussels). It shows how a small expert team, with strong Ministerial leadership and the judicious use of celebrity endorsement, can influence Europe effectively. The result is a good outcome for fish, for fishing businesses and for smarter regulation.

The EU’s Common Fisheries Policy (CFP) began life in 1983 with two broad goals: to protect and increase Europe’s fish stocks, which were at risk from overfishing, and to safeguard fishing businesses and the local communities that depended on them.

Despite the complex rules and regulations the CFP put in place, 88 percent of EU fish stocks were still overfished by 2009, with 30 percent percent of stocks at risk of collapse. Since the introduction of the CFP, the number of UK fishermen had reduced by around 40 percent, the number of fishing boats by 25 percent, and UK fish landings had dropped by 45 percent. 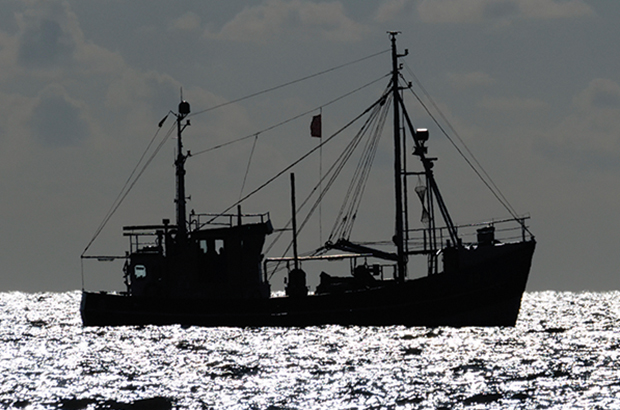 The CFP clearly wasn’t achieving its goals. Andrew Clayton, Head of the CFP Reform team in Defra, explains why not: “First, EU quotas were being set too high, often under political pressure to secure short term economic benefits for member states’ struggling fleets. The second problem was that in order to stay within the quota rules, fishermen routinely had to throw dead fish back into the sea. Often these were young fish essential to the recovery and future growth of the fish stock. A third problem was the EU’s one-size-fits-all regulatory approach to fisheries management. The same rules applying from the Arctic to the Mediterranean. So the flexibility to respond quickly to local needs and changing circumstances just wasn’t there.”

In 2010, the UK Government set itself the objective of reforming fundamentally the CFP, to support sustainable fish stocks, a prosperous fishing industry and a healthy marine environment. The Defra team, working with UKRep, had to make that happen.

The team’s first goal was to try to ensure the European Commission came forward with a sufficiently ambitious reform proposal. Building on the work of the previous Government, UK Ministers set out to secure early political buy-in from EU Commissioner Maria Damanaki to key UK objectives. Defra and UKRep officials then worked closely with their counterparts at official level in the Commission, and with those in like-minded Member States, to influence the drafting of detailed proposals. This can be key to securing effective outcomes in Europe – the person holding the pen often has a significant influence on the outcome.

As well as these diplomatic efforts, the Defra team recognised the importance of public opinion. They worked with groups outside government that were pressing the case for far-reaching reform. Hugh Fearnley-Whittingstall’s Channel 4 ‘Fish Fight’ series publicly highlighted the wastefulness of discarding fish, drawing on work Defra had been supporting for several years. Defra scientist Dr Tom Catchpole even appeared on television alongside Hugh.

This publicity, backed up by work from the wider non- governmental organisations and fishing industry community, helped create the political momentum for an ambitious reform package.

When they came, the Commission’s reform proposals in July 2011 went a long way to addressing two of the three core failings that the UK had identified. For the first time there would be a legal requirement that quotas should be set at sustainable levels and that discarding should come to an end. This looked like a good basis to start negotiations. But there was more work to do on the overly-centralised EU approach to fisheries management. The Commission’s proposals did little to address the problem.

This was of central importance to UK and devolved Ministers. Securing a more flexible and responsive process, which delegated a much greater decision making role to Member States, was a high political priority.

Defra civil servants developed a new model of decentralised decision-making, with the intention of using the EU negotiations to build support for this approach. They began by looking at experience

from the Baltic Sea, where countries had started meeting to discuss local fisheries management issues. But the UK’s proposals went further, suggesting that management decisions should be delegated from the Commission to regional groupings of member states. This would allow key decisions, appropriate to local circumstances, to be taken quickly at regional level rather than through a lengthy process in Brussels.

Angus Cragg, Senior Policy Adviser in the CFP Reform team explains the proposed new model put forward by the UK. “Under this ‘regionalisation’ model, shared strategic goals would continue to be set at EU level, but day-to-day management would be delegated to Member States. Countries whose fishing vessels operate in the same sea area, like the North Sea, would come together to decide on the most effective management measures in their area. These decisions could then be transposed directly into EU law, or put in place through national legislation.”

The team worked hard to explain and debate the approach at the weekly official level working groups in Brussels and at the monthly Ministerial Fisheries Councils. Officials and Ministers speaking regularly to their counterparts behind the scenes, made the case for the decentralised approach.

James How, First Secretary Fisheries in UKRep, represented the UK at all of the working groups. “Whilst the relentless pace of working groups and Councils was challenging at times, there was a real team spirit, and a shared objective that made it a very enjoyable experience.”

As part of this strategy, the UK worked very closely with Denmark, who held the EU presidency in the first half of 2012. This, together with wider bilateral engagement, helped to secure the inclusion of core elements of the UK model in the first compromise text on CFP reform, provisionally agreed by Ministers in June 2012.

Having a clear, well- evidenced case is important for EU negotiation. But radical reform requires a strategy, huge determination, and the investment of significant time and energy in face-to-face discussions. Both officials and Ministers have to work with key contacts in the European Commission, with other Member States and with the European Parliament.

Under relatively new rules in the Lisbon Treaty, the European Parliament acts as co-legislator with the European Commission in fisheries policy. This meant their agreement was needed for the UK’s decentralised model.

The Defra team’s attention turned to the European Parliament during autumn 2012, as the debate on the proposals began. The team spoke directly to Members of the European Parliament (MEPs), especially those on the Parliamentary Fisheries Committee, throughout the process. They provided direct briefing and advice to MEPs ahead of key debates and votes, both to UK MEPs and MEPs from other countries, especially those in political groupings where the UK is not directly represented.

This involved new ways of working for many in the Defra team. Ruth Willis, Policy Adviser in the CFP Reform team, who led on relationships with the European Parliament explains: “Such direct and regular contact between civil servants and elected politicians of all parties wouldn’t happen in Westminster. But is just part of getting things done in Europe. Being available to discuss policy issues directly with MEPs and provide advice on UK Government priorities, all while being aware of wider political sensitivities, required the team to develop new skills in order to be influential.”

After initial scepticism, more and more countries began to see the benefits of the regionalisation approach and the opportunity it gave them to have a greater decision-making role. In crucial meetings of Fisheries Ministers in March and May 2013, the UK team secured agreement that its regionalisation proposals would be prioritised. And when agreement to a final CFP reform package was reached between the Council and European Parliament in June 2013, it included the new UK model for decentralised decision making.

The new Common Fisheries Policy was formally approved on 10 December 2013 and became law on 1 January 2014. The new regionalisation process is already starting, with countries around the North Sea and to the west of the UK coming together to agree how best to manage their fisheries. This will give member states a much stronger role, within a much less prescriptive EU framework.

This approach demonstrates how a more responsive and flexible EU could operate. It shows that reform can be achieved even in areas of exclusive EU competence, like fisheries, and how the UK Government can regain a greater decision making role. But it relies on the expertise and excellence of our negotiating teams, and knowing how best to work successfully in Europe.