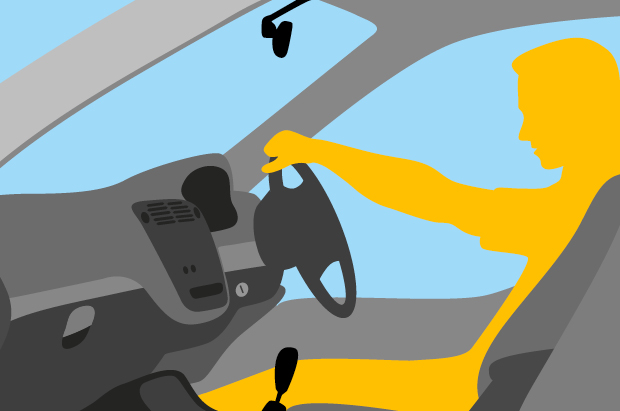 The Driver and Vehicle Licensing Agency doesn’t just collect road tax. By making better use of data and improving regulations it is helping improve road safety in the UK.

The UK’s roads are safer than ever. According to the International Transport Forum’s Road Safety Annual Report 2013, the UK is ranked as one of the three safest countries in the world, following a drop of over 60 percent in road fatalities between 1990 and 2011. Over the same period the number of accidents leading to injuries dropped by 40 percent, despite the number of cars on the road growing by 40 percent.

Better road engineering, trauma care and better education have all contributed to these reductions. Various public sector organisations have had a role in this success story, but the role of the Driver and Vehicle Licensing Agency (DVLA) – best known for collecting road tax and issuing driving licences – has been relatively unheralded.

Uninsured drivers are a danger to other road users. That is why the registered keeper of a vehicle has a legal obligation either to insure it or declare it off road. If they fail to do so they could face fines or prosecution.

Nevertheless, in 2011 the potential number of uninsured drivers stood at 1.4 million across Great Britain. It is estimated that uninsured or untraced drivers kill 130 people and injure 26,500 more each year.

The existence of a legal obligation is of little use if there is no practical way to enforce it – identifying uninsured drivers on the road is an uncertain business. That is why, two years ago, the DVLA introduced a new system – Continuous Insurance Enforcement (CIE) – to try to improve enforcement rates. At the heart of the system is greatly enhanced data-sharing. The DVLA works closely with the Motor Insurers’ Bureau (MIB) on CIE, comparing datasets of insured vehicles and registered keepers to systematically identify potentially uninsured drivers. All UK motor insurers are required by law to join the MIB, a not-for-profit organisation that compensates the innocent victims of uninsured and untraced motorists. MIB aims to significantly reduce the level and impact of uninsured driving by working closely with partners across Government and the insurance industry, as well as managing the Motor Insurance Database (MID) – the only central record of all insured vehicles in the UK.

Under CIE, when a registered keeper of a vehicle appears to be uninsured, the MIB sends them an advisory letter that sets out the steps they need to take to comply with the law. If the keeper fails to comply, their details are transferred to the DVLA for enforcement, resulting in a fixed penalty of £100. If the penalty is not paid, the DVLA will prosecute the vehicle keeper and if convicted they will face a fine of up to £1,000. The vehicle may also be clamped, seized and disposed of.

The introduction of CIE has meant that greater numbers of keepers than ever before are now complying with their legal obligation to insure their vehicle or declare it off road. In the two years since CIE was introduced, over 1.2 million letters have been sent by the MIB and over 380,000 fixed penalty notices have been issued by the DVLA. More than £5 million has been collected in penalties and fines. As a result, more uninsured drivers are being kept off the roads.

The DVLA also supports road safety by making sure that those who drive are medically fit to do so. If at any point a driver is no longer considered fit to drive, their licence can be revoked. The DVLA has dedicated teams overseeing this work, working closely with the police and the medical profession.

A new process enables the police to notify the DVLA electronically with details of eyesight test failures, so they can review the case immediately and, where appropriate, provide an emailed revocation for the licence. This new process uses only existing resources, so is at no extra cost to the taxpayer.

The law requires that all drivers must be able to meet the eyesight standard for driving by reading a number plate from 20 metres – this can be easily checked by the drivers themselves or police at the roadside. A motorist who drives when unable to meet this standard is committing an offence and will have their licence revoked by the DVLA. Up until now, the police notified the DVLA in writing or by fax, which meant that the revocation of the licence could take up to four days.

Tragically, in February 2011 one particular driver failed an eye test. The local police had no powers to immediately suspend his licence and three days later he killed Cassie McCord, who was just 16, in a road traffic incident in Colchester. The driver had refused to surrender his licence, despite the police trying to persuade him to do so.

Following a campaign by Cassie’s mother, the DVLA worked closely with the Association of Chief Police Officers to look at introducing changes so that police could deal with roadside eyesight test failures more quickly. As a result of this work, in February 2013, new rules were introduced which allow the police to take immediate action against motorists who fail roadside eye tests.

Now, when an officer undertakes a roadside eye test and considers the safety of road users will be put at risk, they can request an urgent revocation of the licence through the DVLA. Outside office hours, if the police deem the circumstances merit immediate action they can use existing powers to impose bail conditions including a requirement not to drive. Breaking the condition could result in a court hearing to review the bail conditions.

Once revoked, a licence will not be returned until a driver can demonstrate that their eyesight meets the required standard.

By the end of July 2013, 127 licences had been revoked under the new rules, helping to make Britain’s roads safer. The DVLA will continue trying to ensure that law enforcement agencies have the right framework in place to prevent further tragic loss of life.