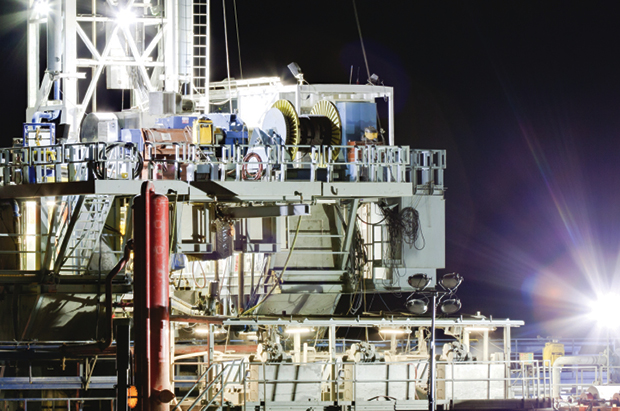 The international markets for oil and gas are undergoing a dramatic transformation. Civil servants in a number of Whitehall departments have an important role analysing market developments and advising the Government on how best to respond.

Oil and gas are crucially important to the UK, accounting for 70 percent of total energy consumption in 2012. Three quarters of the oil consumed in the UK is used for transport, while nearly 70 percent of gas is used for electricity generation or for heating in the domestic sector. The country imports 37 percent of its oil needs and 48 percent of its gas; oil and gas together account for nearly 30 percent of our current account deficit. The Office of Budget Responsibility (OBR) has estimated that a 20 percent permanent increase in the price of oil would reduce Gross Domestic Product (GDP) by 0.5 percent in the medium term.

Countries outside the Organisation for Economic Co-operation (OECD) already account for some 50 percent of total world oil and gas consumption and the balance continues to shift to the emerging economies. In the five years to 2012, non-OECD demand for crude oil grew by 15 percent, while OECD consumption fell by six percent. Over the same period non-OECD demand for gas grew by 19 percent compared to just seven percent for OECD demand.

The UK has long been a ‘price taker’ in the international market for crude oil, accepting the global price as a given, independent of domestic policies and consumer choices.

International gas prices, which generally used to be linked to the global crude oil price under long-term contracts, are becoming increasingly ‘de-linked’ as new and more diverse sources of supply come on stream. Thus, the UK wholesale gas price is now determined by supply and demand at the UK’s virtual ‘gas hub’, or marketplace, although high connectivity with the wider continental European market means that the latter remains an important influence.

Several factors will shape international oil and gas prices over the medium term. On the demand side, the key issue will be the pace of economic growth in the emerging economies, particularly China and India, and the speed with which these countries reduce the energy intensity of their economies through changes in the composition of their output and increasing energy efficiency.

Several factors may begin to slow the recent very rapid growth in Chinese demand for oil and gas in future: China’s economic growth is experiencing a structural slowdown; its output composition is planned to change towards less energy-intensive activity; and there is an increasingly strong, centrally-driven, commitment to boosting energy efficiency. But for some other significant emerging economies, including some of those which deploy very large energy subsidies, the picture is much less encouraging.

On the supply side, production of unconventional crude oil (including ‘light tight oil’, also known as shale oil) is rising rapidly, particularly in North America. The International Energy Agency (IEA) estimates that US crude oil production will increase by around 3 million barrels per day (mn bpd) between 2011 and 2020. Largely as a result of this, the USA could be self-sufficient in energy by 2035.

Meanwhile, the incremental growth in conventional oil supplies will come from new and resurgent sources – notably Brazil, Kazakhstan and Iraq. Iraq, with the world’s fifth largest oil reserves, has the potential to increase conventional oil production from 3.1 mn bpd in 2012 to at least 8 mn bpd by 2030. Though how far and how fast this will be realised, given the considerable internal political, governance and security obstacles Iraq faces, is hard to judge.

But whatever the net result from these trends, a key determinant of the global crude oil price in the short- to medium-term will be the response of Saudi Arabia, the oil market’s only ‘swing producer’, holding substantial reserve capacity and able to add or subtract significant supply to the global market at will. The Saudi ‘break even’ price for crude oil has increased in recent years as social expenditures have risen. But large fiscal reserves, minimal debt and moderate unused capacity leave them with significant scope to exercise pricing power. Oil Minister Ali Al-Naimi has consistently said that he considers US $100 per barrel to be a “reasonable” or “good” price for oil. Saudi Arabia has already made substantial cut backs in future investment plans in response to the emergence of new global sources of supply, and so far this year the price level has remained above $100 per barrel for most of the time. Such a level will ensure continued development of unconventional sources for crude oil, as it is sufficiently high to make it profitable for producers to justify the necessary investment and relatively high production costs.

In contrast to oil, the global gas market is sharply segmented by geographic region. Prices vary from $4 per million British Thermal Units (mmbtu) in the USA to $11/mmbtu in continental Europe, and $16/mmbtu in the Far East. The low US price reflects the rapidly growing domestic supply of shale gas combined with limited export facilities at present. The high Pacific price reflects heavy Chinese and Japanese demand – the latter boosted by the closure of most nuclear power plants after the 2011 earthquake and tsunami.

New sources of gas supply such as the Australian conventional reserves and China’s vast shale gas reserves (the world’s largest), new pipeline routes and rapidly rising liquid natural gas (LNG) production (now over 30 percent of global gas trade) should help to create more even pricing around the globe. But several factors mean this is likely to be a gradual process. These include: geological, technical and business environment constraints on shale gas development outside the US; high transport costs, for example up to $6/mmbtu to take gas across the Atlantic as LNG; possible government constraints on energy exports, for example in the USA; and lack of competition in vertically-integrated domestic gas supply industries in some parts of Europe and Asia.

Scientists from the British Geological Survey have estimated that the total volume of gas in the Bowland-Hodder shale in northern England, the UK’s main shale gas formation, is some 1,300 trillion cubic feet. There is not yet enough practical experience in developing these resources to say how much is technically recoverable, although the amount is likely to be significant relative to UK gas consumption. The Government believes that shale gas has the potential to provide the UK with greater energy security, growth and jobs, and is encouraging safe and environmentally sound exploration to determine this potential.

The direct impact of UK supply and demand decisions on global market flows of oil and gas is limited. However, the Government uses a range of channels to influence global market conditions. A number of departments are working in four specific areas.

Increasing efficiency in international oil and gas markets will ensure prices reflect, as far as possible, the underlying fundamentals of supply and demand so that the correct signals and incentives are given to producers and consumers. The Department of Energy and Climate Change (DECC), Her Majesty’s Treasury (HMT), Cabinet Office (CO), and the Foreign and Commonwealth Office (FCO) are pursuing this through multilateral initiatives (for example under the auspices of the International Energy Forum) to improve transparency on global stocks and output in the oil market and, at the EU level, by strongly supporting full implementation of the EU’s third energy package. This will increase competition by breaking down the vertical integration among some gas suppliers, under which wholesale supply, distribution and market infrastructure are all owned by the same entities. DECC is also working with the IEA to ensure that the ‘stock release’ regime, under which reserve stocks of oil are released to counter exceptional supply disruptions, remains fit for purpose. The response of oil markets to the loss of Libyan production in 2012, when prices spiked above $120 per barrel, illustrates the continuing risk of unplanned supply disruptions.

Departments are also working with a wide range of international partners to tackle perverse incentives for energy use and to promote best practice in energy efficiency. For example, HMT and DECC are working with other member states in the G20 on a collective effort to reduce poorly targeted and enormously expensive government subsidies paid to consumers of hydrocarbon fuels. Through the IEA, DECC is supporting a global effort to spread best practice in energy efficiency. In Nigeria, the FCO is supporting efforts by the Government, private companies and the World Bank to reduce ‘gas flaring’ – the burning of gas produced as a by-product of oil production.

The Government is working with like-minded member states in the EU to drive forward the shale gas agenda in Europe to ensure that those countries which wish to develop their shale gas reserves are able to do so. FCO Posts, DECC, UK Trade and Investment (UKTI) and the Department for Business, Innovation and Skills (BIS) work internationally to attract the foreign investment needed to develop our critical energy infrastructure. The FCO and UKTI are also working with a wide range of countries to improve the global investment climate for oil and gas exploration. Effective energy governance has a key role to play in this regard. For example, in Iraq we are assisting the Government in strengthening the legal basis and institutions for regulating the oil industry.

Increasing the flexibility with which oil and gas supplies can be used in the global economy will enable consumers to use the cheapest fuel for any given purpose and should eventually reduce the sensitivity of GDP to changes in the crude oil price. The Department for Transport is therefore supporting work on the scope for using gas as an alternative for oil in transport, particularly heavy goods vehicle road transport and marine transport. There is already a strong drive for this in the USA given the substantial cost savings available as a result of shale gas. The key constraint is the cost of developing distribution infrastructure – although this is easier to manage in the case of commercial fleets, which can use a limited number of refuelling points.

Renewable and other low carbon energy solutions are growing in importance, with strong encouragement from the Government. But even with ambitious goals on green house gas reduction, the international oil and gas markets will remain critical to our economy for the foreseeable future. The Government will continue to monitor developments closely and ensure our strategy offers the best chance of securing efficient and well supplied international markets for oil and gas, with reduced wastage and flexible use. This in turn will provide a sound basis for the elaboration of further key policies on economic growth, energy security and greenhouse gas reduction.