The Civil Service Fast Stream was described as being less diverse than the student body of Oxford University. This shock finding came in a 2016 report commissioned by the Cabinet Office to look into socio-economic diversity in the talent programme.

The Fast Stream asked for the Bridge Group report, the first of its kind published by any employer in the country, to help deliver its ambition to provide a diverse talent pipeline for the Senior Civil Service.

The Fast Stream is one of the UK’s most sought-after graduate schemes. It remains a highly competitive process for recruiting talented people from all backgrounds to develop as future leaders of the Civil Service.

The report, led by independent charity the Bridge Group, certainly pulled no punches. Its recommendations were a critical turning point in the Fast Stream’s approach to recruiting.

Two years on, a revamped approach has seen individuals and industry peers recognise efforts to improve the diversity of the scheme’s intake. The Fast Stream moved to number two in the Times Top 100 list of graduate employers. In 2017 it was the highest-placed public sector agency in the UK Social Mobility Employer Index. And in 2018 it has already won awards for its diversity and inclusion strategy, including TARGETjobs Best Diversity Strategy Award.

The secret to our success? Hard work, a focus on inspiring people and continually improving the way we work.

The Fast Stream previously had a modest presence on university campuses. This lack of a physical visibility – the most impactful way to influence students’ decisions to apply – was due to limited resource. The staffing and operational budget of the Fast Stream for attraction activity is considerably lower than that of most peer employers.

The most immediate solution to this challenge was to engage serving Fast Streamers much more actively in recruitment activity. While this was already happening in a modest ad hoc manner, the team increased its engagement with carefully targeted academic departments to reach a diverse student body.

We trained 400 Fast Stream ambassadors, running 245 events across 45 university and other venues.

People tend to respond most positively to people they can relate to. Engaging Fast Streamers themselves to advocate and communicate the value and openness of the Fast Stream, and what the job involves, can strongly influence whether students decide to apply.

We have, for example, focused attraction activities on Fast Stream schemes such as Commercial and Digital, which have delivered some positive success rates in terms of ethnicity and disability.

Supporting this work was targeted attraction by diversity partners with networks of diverse candidates; and a marketing campaign that used live recruitment data to direct resource more effectively throughout the attraction process. Our programme of organic social media saw us reach unprecedented levels of engagement. The campaign saw Facebook impressions increase by 67%, Twitter by 72% and LinkedIn by 116%. This smarter use of data optimises Fast Stream staff focus and budget.

The Cabinet Office launched the Summer Diversity Internship Programme (SDIP) more than 10 years ago. It was created to encourage more undergraduates and graduates from under-represented groups (including from lower socio-economic backgrounds, Black, Asian and Minority Ethnic candidates, and those declaring a disability) to spend time working in the Civil Service before applying for the Fast Stream.

It certainly succeeds in inspiring people. Interns give it a near-universal thumbs-up, saying that, based on their experience, they are really keen to return to the Civil Service.

However, unlike most other employers, there were no allowances in the Fast Stream selection process for candidates who successfully completed an internship. They had to go through the whole application process again. Accordingly, we worked with the Civil Service Commission to introduce the Fast Pass. This allows successful SDIP participants to progress straight to the Fast Stream assessment centre, and has delivered significantly increased success rates for internship participants at Fast Stream.

Research points to the importance of connecting with people early to promote awareness of, and access to, the Civil Service and the Fast Stream.

Our Early Diversity Internship programme (EDIP) helps us to do just that. EDIP is a one-week spring placement for first-year undergraduate students, again exclusively those from underrepresented groups. Interns shadow Fast Streamers and take part in networking sessions and skills workshops.

EDIP acts as a stepping stone, preparing diverse students for the longer SDIP.

The Fast Stream has also seized the opportunity to invest in school outreach programmes, while achieving greater coordination with the outreach activities of the wider Civil Service.

Fast Stream outreach targets high-potential students from underprivileged backgrounds to inform them about government and the work of civil servants, to raise their aspirations and inspire them to consider the Civil Service as a career choice.

We started with only a small mentoring pilot of 22 schools. We now have a target of 200 schools. We have run discovery events for over 3,000 13- to 14-year-olds and deliver work experience for over 100 students each year.

Our ambition is to achieve greater coordination, and we saw the launch this year of the Civil Service Schools Outreach Network to collaborate and build on work across government.

Where we are now

The Fast Stream has made great strides on diversity in the last few years, and is proud of the progress it has made. But it recognises there is still much more to do if it is properly to represent modern Britain.

We held up a mirror to ourselves with the Bridge Report. We saw the challenges that we face more clearly and how to overcome them.

The release of the Fast Stream 2016 Annual Report earlier this year (the 2016 recruitment campaign completed before we introduced the Bridge Group changes) brought our diversity back into the public space with a critical eye.

The 2016 data showed that none of the 1,245 places offered to applicants went to a candidate who identified themselves as from a Black Caribbean background, which was obviously hugely disappointing.

We know that the picture has moved on. We expect the 2017 data, when it is officially published, will show a much improved picture across a number of diversity categories. This will be a direct result of implementing actions. One of the most significant was investing in a new purpose-built assessment centre in Newcastle-upon-Tyne as part of a commitment to reduce the scheme’s geographical focus on London and make it more accessible to a wider demographic.

We continue to use that spotlight to maintain our momentum on improving our diversity, introducing more further-reaching improvements this year.

There is no end game, there is always more that we can and should do. With the increase in our efforts to inspire people, provide the stepping stones to raise their aspirations and see the opportunities, we are absolutely determined for the Fast Stream to support the Civil Service in becoming the best place to succeed, whatever your background. 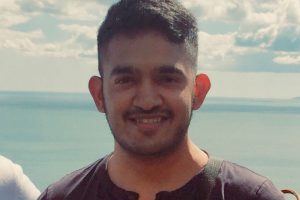 I first got involved in the Civil Service in quite a strange way. After I left school I didn’t really know what I wanted to do. Neither of my parents went to university. My mum used to work at a dry cleaners and my dad is a cab driver, but they didn’t offer much career advice beyond: ‘do something that you’re good at and do something you enjoy’.

I ended up getting a job collecting measurements for public health

study, and it happened to be that the participants for the study were all civil servants. They came from across the Civil Service, from all levels and grades and walks of life. I met clerks who worked at Jobcentres, former ambassadors, cleaners, nurses, an Olympic athlete, someone with a knighthood and pretty much everything in between.

I didn’t really know anything about the Civil Service before the job, but I learned about the huge range of things you can do. I eventually decided to go to university, and then I heard about the SDIP, so I applied and got a place. I ended up working on information management and policy for the Foreign and Commonwealth Office. I really enjoyed my placement, so I eventually applied for the Fast Stream.

Currently, I work in DIT, promoting and helping UK healthcare companies to export and expand their business. This involves working with embassies and foreign buyers to understand what demand there is overseas, and then working with UK companies to meet those demands.

I’m about to move to the Ministry of Justice, working on reviewing the guidance and arrangements to manage the risk posed by known dangerous offenders in order to protect the public (so, quite different to my current job!).

All in all I would say the Civil Service is great and a really varied place to work. There are so many things that you will be able to do. 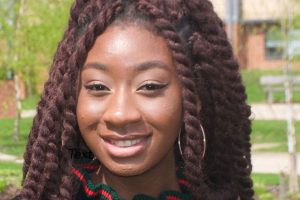 EDIP offered me invaluable networking and shadowing opportunities in the Department for Business, Energy & Industrial Strategy that have empowered me to join the Civil Service.

Working alongside civil servants from different backgrounds, and meeting a member of the Cabinet Office who had attended my state school, taught me to never shy away from being a woman of African heritage, but to use it as a tool that can positively contribute towards the development of the Civil Service.